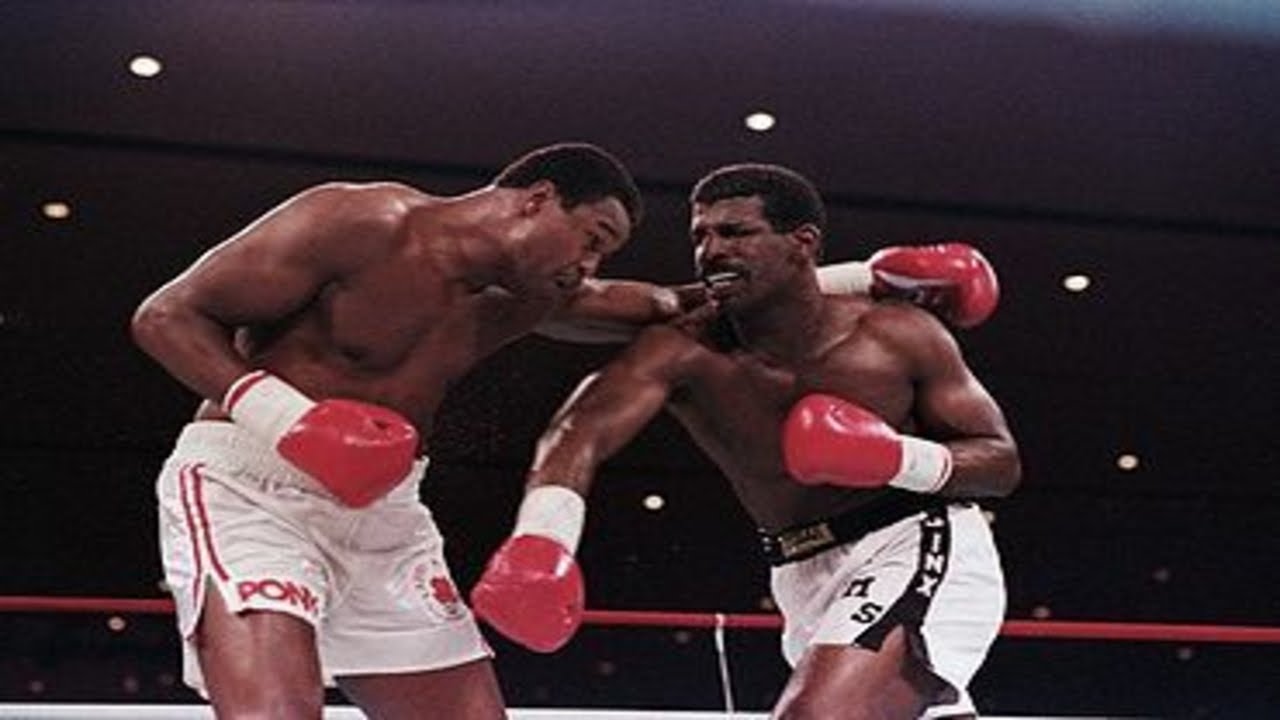 The 29-year-old Spinks fought a savvy fight, letting Holmes use up his energy in the early rounds and then won the fight from round eight to round fifteen. Spinks’ left hook landed repeatedly, and he outpunched Holmes at close quarters and long range.

Holmes won the first four rounds on all the judges’ cards, as he was consumed with a rage to get at Spinks. Spinks bided his time, and by the fourth round he was beginning to mix it up with Holmes.

Once the eighth round started that Spinks increased the tempo. He began landing punches time and again, as Holmes visibly slowed down.

Spinks outwitted the 36-year-old Holmes, catching punches on his gloves and twisting his upper body to elude Holmes’s blows or reduce their impact.

Spinks now has a record of 29-0 (19 knockouts). A 1976 Olympic gold medalist, he won his first professional title in July 1981 when he took a unanimous decision from Eddie Mustafa Muhammad for the World Boxing Association light-heavyweight title. Spinks unified the light-heavyweight division in March 1983 when he won a decision over Dwight Braxton, now known as Dwight Muhammad Qawi.

Holmes, who has a record of 48-2 (34 knockouts), won the World Boxing Council heavyweight title with a decision over Ken Norton in June 1978. Among the opponents he beat in subsequent title defenses were Mike Weaver, Earnie Shavers, Ali, Trevor Berbick, Leon Spinks, Renaldo Snipes, Gerry Cooney, Tex Cobb, Tim Witherspoon, Marvis Frazier, James Smith and Carl Williams. Julian Jackson Wins In an earlier bout, Julian Jackson, who is rated No. 2 by the World Boxing Council in the super welterweight division and No. 1 by the World Boxing Association as a junior middleweight, knocked out Pancho Del Toro at 2:05 of the second round of a scheduled 10-round match.

‘Rumble In The Jungle” Boxing History Was 45 Years Ago

Sports That Matters Powered By  INTERTOPS Sign-Up | Make a Deposit | Get Bonuses October 30, 2019 It was 45 years ago that boxing legend Muhammad Ali who was 32 at the time and heavyweight champion George Foreman, 25, faced off in the historic “Rumble in the Jungle.” Foreman was knocked out in the eighth round. […]

MICHAEL BARI SHOW DAILY April 16th, 2019 Welcome Back! Have a Great Wednesday! DID YOU KNOW: Michael Jordan makes more money from Nike annually than all of the Nike factory workers in Malaysia combined. The silhouette on the NBA logo is Hall of Fame Laker Jerry West. Mr. Clutch is literally cemented in professional basketball lore. At […]

Sports That Matters Powered By  INTERTOPS Sign-Up | Make a Deposit | Get Bonuses November 25, 2019 Luis Ortiz was beating Deontay Wilder on Saturday night in their heavyweight fight. It was the seventh round, and for a lot of boxing experts, Ortiz had won the first six … and was on his way to […]