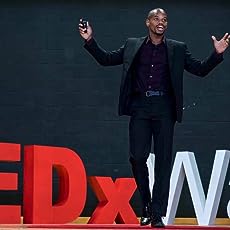 Roy is a 4-time #1 best-selling author of the book The Unnoticed Advantage and The Success Magnet: Cultivate the 5 values that attract success, The Six-figure Trainer and The Little Book Of Mental Health. Roy also Is a performance coach who works with pro, college, and high school athletes. He works with the athletes to dramatically increase, tangible, measurable, and physical results. He also does this with companies, organizations and anyone who has a purpose.

At the age of 25, Roy realized he was not the person he wanted to become. That’s when he decided to make a change in his life. Since that startling realization, he went from broke to making six-figures, homeless to buying his first home, and depressed to feeling fulfilled.

Roy Found that his distinctions dramatically increased what he calls workability. Workability simply means the ability to get the job done. When we look at the workability of an object we judge the object on its ability to do what the object was made for. With this knowledge, Roy realized that the workability of a human comes down to the human’s ability to achieve its purpose. This makes performance the most important thing in life because to perform means to do what it takes to achieve a purpose. Roy became a performance coach for Pro, collegiate, and high school athletes. With a new distinction, Roy calls UnBounded Performance Roy is coaching people to dramatically increases tangible, measurable and physical results.

April 2, 2020 Matthew Silverman has been a professional writer and editor for over twenty years. He has authored, co-authored and edited numerous publications pertaining to Baseball, Football and sports in general. He has been a lifelong fan of Major League Baseball and the New York Mets in particular, which allows him to convey a genuine […]