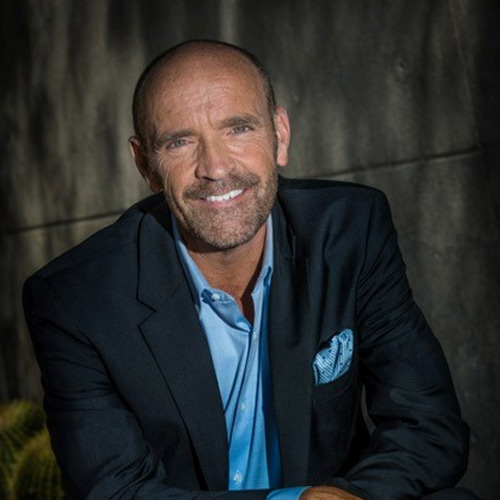 Simon Keith is not just a former professional soccer player he’s one of the longest-living organ transplant recipients in the world, having received a heart transplant in 1986 when he was just 21 years old.

Remarkably, Simon went on to play competitive soccer and was drafted #1 overall into the USA’s Major Indoor Soccer League just three years after his surgery, making him the first athlete in history to play a professional sport after having undergone a heart transplant.

Simon was born in Lewes, England in 1965. Simon and his family moved to Victoria, British Columbia, Canada in 1967. He went to Mount Douglas Secondary School from 1981–83, where he played on a soccer team with notable teammates Jeff Mallett and John Hughes.

Simon played at the University of Victoria for the Vikings soccer team where in 1984 he was diagnosed with myocarditis, a deterioration of the heart muscle. In 1986, he was the recipient of a heart transplant. The surgery was done in Papworth Hospital outside London.

Following recovery from his surgery, Simon moved to Las Vegas in 1987 where he played soccer for the UNLV Rebels with his older brother Adam. Keith was the number one overall pick in the 1989 professional indoor soccer draft by the Cleveland Crunch of the Major Indoor Soccer League (MISL). Simon also played professionally for the Victoria Vistas, the Winnipeg Fury and the Montreal Supra of the Canadian Soccer League.

In 2018 Simon fell ill, as his heart and kidneys began to fail. In an astounding twist of fate, in March 2019, Simon underwent a second heart transplant, as well as kidney transplant. Against all odds, due to a complicated immune system, Simon stood less than a 1.75% chance of ever receiving the critical lifesaving gifts needed to save his life and continue this already, remarkable, story.

Simon is captivating audiences with his incredible story, challenging people to find their “moments of truth” and dares them to live. How do you prepare for moments when you don’t know when or how they will come?  Why do some people seem to ‘execute’ their moments better than others?  What if your moment seems bigger than what you can handle? Hear Simon’s incredible story of HEART, PASSION, and DETERMINATION.  He will captivate your audience with his “Moments of Truth” and will DARE YOU TO LIVE!

March 3, 2020 Hank Gola has spent over four decades as a journalist, primarily covering professional football and golf for the New York Daily News and New York Post after starting his career at The Herald-News of Passaic, NJ, and the Daily Record of Morris County, NJ, where he covered the Cosmos of the North American Soccer League […]