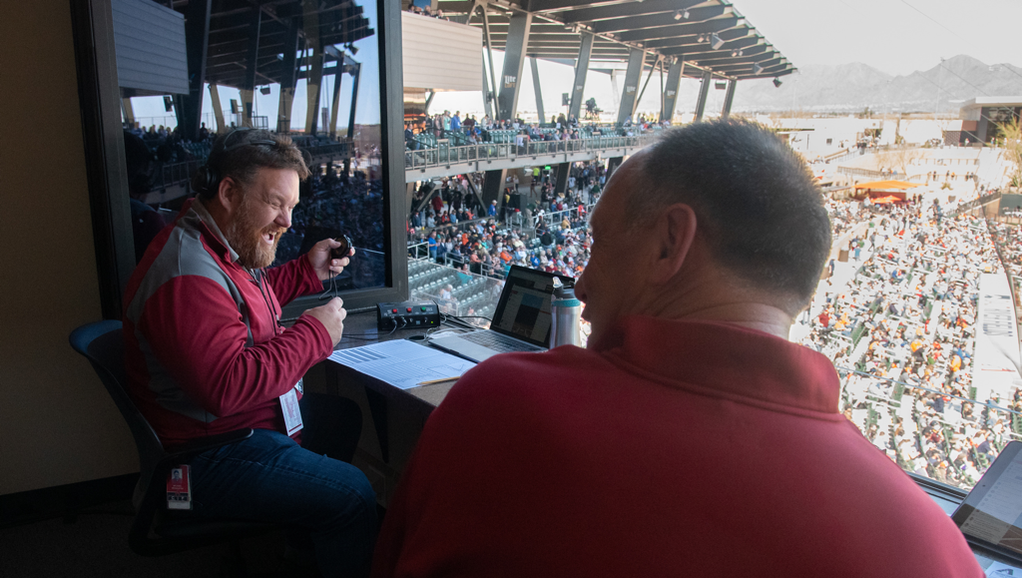 Mike Ferrin is a professional broadcaster with more than 20 years of on-air experience, mostly in Major Markets or National Radio.

With a focus on and passion for baseball, He currently serves as the Secondary Play-By-Play Announcer and Radio Pre & Post Game Host for The Arizona Diamondbacks. He’s also spent more than a decade at SiriusXM’s MLB Network Radio where he’s hosted Pre & Post Game from the ALDS, NLDS, ALCS, and NLCS, in addition to studio pregame, postgame and a daily talk show.

In addition to his work hosting daily MLB shows, Mike has worked with Perfect Game hosting programs focused on both College and Prep baseball.

He lives in Phoenix, AZ with his wife, Erika, their Chocolate Lab, Pops and Corgi, George.

April 6, 2020 Coach Barry Wolfson is the Foul Shot Doc. Trained in sports psychology and the methods that have enabled professional players, like Jameer Nelson of the Detroit Pistons and Trevor Ariza of the Sacramento Kings to improve performance and results for themselves and their teams, Coach Wolfson has helped youth, college, and professional […]

March 4, 2020 John Coffino is an American and international basketball coach. Most recently he was the head basketball coach for the men’s senior national team for the Republic of the Maldives, where he guided his team to the gold round of the regional tournament in Bangladesh. Before joining the professional ranks, John worked nine years as a Division I […]

April 13, 2020 Two seasons, two national championships at the Beach under the leadership of Andy Fee, who was hired in April 2017 as the 12th Director of Athletics at Long Beach State, immediately making an impact on the fortunes of LBSU Athletics. The eyes of the volleyball world were on Long Beach in 2019, […]