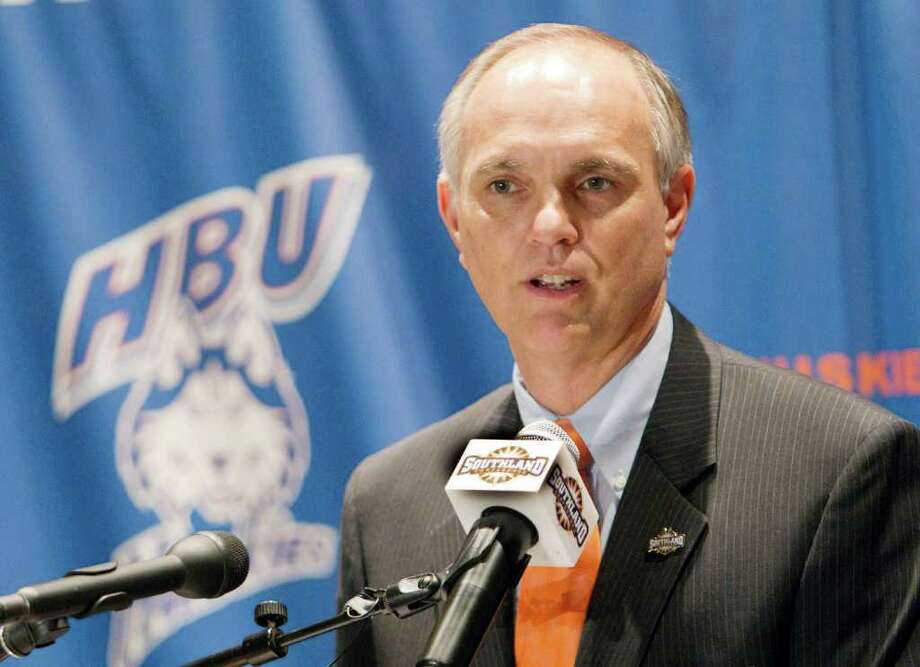 Steve Moniaci was named HBU’s fourth Director of Athletics on Feb. 1, 2010, after serving as interim director since May 2009.  In his role, he oversees the day-to-day operations of the athletic department and its 17 NCAA Division I sport programs. He came to HBU in January of 2007 as the associate director of athletics, after 26 years across town at Rice University.

During his seven-plus years as director of athletics, HBU has successfully transitioned back to NCAA Division I membership status, joined the Southland Conference, and started a football program, which competes in the Football Championship Subdivision (FCS). Moniaci was pivotal in the construction of HBU’s new 5,000-seat on-campus football venue, Husky Stadium, which debuted on Sept. 6, 2014, as HBU hosted McMurry in the season opener.

As members of the Great West Conference, HBU won four-straight women’s golf titles and also won championships in volleyball, women’s soccer, indoor track and field, softball and baseball. The men’s golf team, competing in the America Sky Conference, won a pair of league titles and advanced to the 2013 NCAA Championships.

Moniaci was the administrator at Rice directly responsible for volleyball, baseball, tennis, golf and women’s soccer. During his tenure with the Owls, he played an integral role in the success of the baseball team’s 11 conference championships, five College World Series appearances, including the 2003 NCAA National Championship, and the expansion of Reckling Park, which is consistently rated as one of the country’s top collegiate baseball venues.

He and his wife, Cathy, have two daughters, Alyssa and Andrea.

April 2, 2020 Matthew Silverman has been a professional writer and editor for over twenty years. He has authored, co-authored and edited numerous publications pertaining to Baseball, Football and sports in general. He has been a lifelong fan of Major League Baseball and the New York Mets in particular, which allows him to convey a genuine […]

February 11, 2020 Jeff Mitchell is in his second year at Southern Miss as the Deputy Director of Athletics and assists with day-to-day oversight of the department of athletics. Mitchell joined Southern Miss after a twelve year stint at Santa Clara University where he most recently served as the Senior Associate Athletic Director for External […]