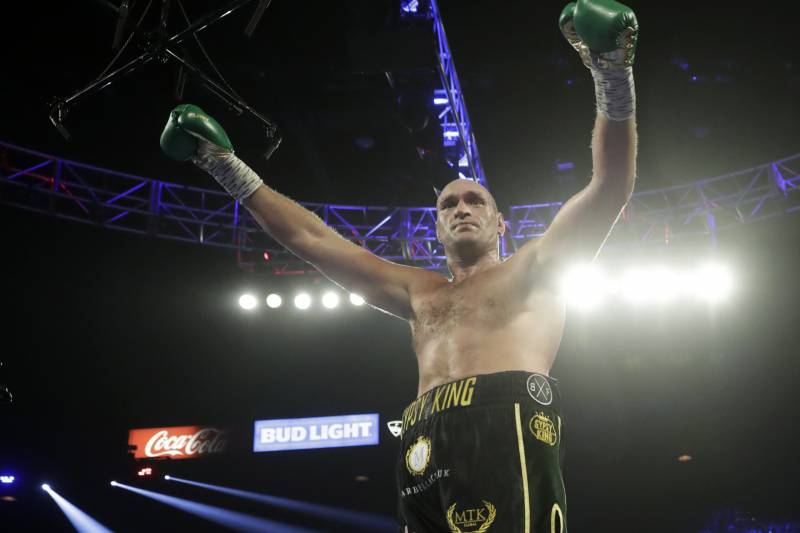 Tyson Fury became a world champion once again Saturday, and he did it by outslugging the knockout artist. In one of boxing’s most anticipated rematches in years, Fury defeated Deontay Wilder via seventh-round TKO at the MGM Grand Garden Arena in Las Vegas, capturing the WBC world heavyweight title in the process.

What did the experts say:

“That was a bell-to-bell beating that Tyson Fury put on Deontay Wilder. Two knockdowns. Wilder didn’t win a round. Didn’t win a minute. What a performance by Tyson Fury.”

“Sizzling performance from Tyson Fury. Dominated and totally outclassed Wilder from start to finish. Corner did the right thing saving their man from taking any more. Compassionate.”

“I know AJ has three of the four belts and respect to him. But there is now zero real question about the best heavyweight in the game today. It’s Tyson Fury.”

“Fury literally tried to lick some of the blood on Wilder’s neck. Continued to attack, lay on Wilder on the ropes. But Wilder hung in pretty well. Lost 10-9.” 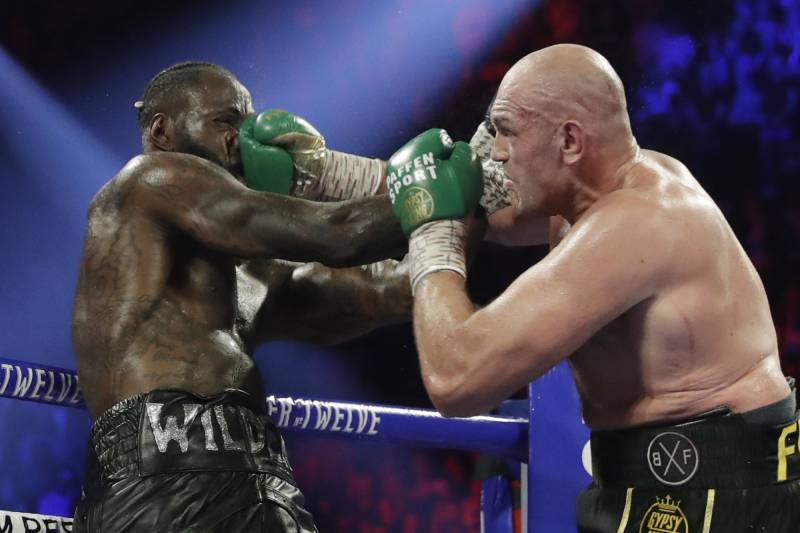 2014 Canada wins the Olympic ice hockey double with a 3-0 victory over Sweden in the men’s gold medal game in Sochi; first team to finish the tournament undefeated since 1984

John Beilein lasted just 54 games with the Cleveland Cavaliers, but he’s hardly the first coach to see his career quickly bust. Even legends like Magic Johnson and Bill Russell had their own coaching disasters.

CBS and Turner sell out March Madness in record time. Nothing but net as advertisers snatch up the last of the tourney’s ad inventory a full month before tipoff. Last year, roughly 5 percent of the in-game units were still in play when Prairie View A&M and Fairleigh Dickinson met in Dayton for the first of the tournament’s 67 games.

Patrick Mahomes, who become the youngest quarterback to win Super Bowl MVP honors, says his relatability is a key factor in building his brand post-Super Bowl LIV win. After his win, Mahomes is poised to get even more money for endorsement deals and his next contract with the Chiefs.

NFL owners approved the terms of a potential new collective bargaining agreement between the league and the NFL Players Association, the league said in a statement following the owners’ meeting in New York on Thursday.

According to Extreme Networks, the average user consumed 595.6 megabytes of data during Super Bowl LIV an increase of 21% from 2019. Indicating more people are spending more time on their devices while at the game.

Boston Red Sox tickets sales are down a little more than 15% from this time last year, according to MassLive. After missing the playoffs in 2019 with 24 fewer wins than in 2018, the team said in October it would raise ticket prices by an average of 1.7% in 2020.

Jessica Mendoza will no longer be on Sunday Night Baseball for ESPN. ESPN announced that they are going back to a two-person booth for MLB’s flagship broadcast. It will be incumbent play-by-play guy Matt Vasgersian and incumbent analyst, Alex Rodiguez. Buster Olney will still do his sideline thing.

Sidney Crosby the captain of the Pittsburgh Penguins and sure-fire Hall of Famer has taken a team riddled with injuries all the way to the top of the Metropolitan Division and they’re not done yet. What can Crosby and his crew do in the playoffs once they get healthier?

In a pair of dueling motions filed late Thursday, the U.S. women’s national team and the U.S. Soccer Federation both sought to finally put an end to the ongoing wage discrimination dispute that has lingered since 2016. The USWNT is seeking back pay of nearly $67 million, arguing that U.S. Soccer made compensation decisions based purely on “gender stereotyping,” citing depositions from former U.S. Soccer president Sunil Gulati and current president Carlos Cordeiro.

Amazon Prime Video became the fastest-growing streamer in the UK in the final three months of 2019 after broadcasting Premier League football for the first time.

Sperry has long been the footwear brand of choice for males. Now the boat shoe brand is looking to re-engage that audience through athlete influencers. Boating shoemaker worked with 12 pro athletes in 2019 after gaining little traction with style influencers. E-commerce has increased 20% in the past year on higher traffic.

All eight XFL teams are performing well compared to other teams in their respective markets in terms of household ratings, according to Nielsen Media Research data, cited by Fox Sports executive vice president and head of strategy Michael Mulvihill.

Seattle is the top XFL home market thus far, averaging a 6.9 local household rating through two games – albeit, with no current local team to compare with.

The lone exception of an XFL team not leading their local markets is in Los Angeles. The Wildcats have averaged a 1.8 household rating thus far, better than the Clippers, Kings, and Ducks. However, that is behind the 3.1 household rating the Lakers have drawn thus far.

Sports That Matters Powered By  INTERTOPS Sign-Up | Make a Deposit | Get Bonuses December 24, 2019 ONE BIG THING: Ohio State quarterback Justin Fields might not be fully healthy when the second-ranked Buckeyes face No. 3 Clemson in the PlayStation Fiesta Bowl. Fields said Tuesday that his left knee is only 80 to 85% […]

Sports That Matters Brought to you by Site Ground June 14th, 2019 Welcome back have a great weekend! Congratulations to the Toronto Raptors for winning the NBA Championship for the first time! 1. What’s New Photo: Frank Gunn/The Canadian Press via AP Kawhi Leonard and the Toronto Raptors captured the country’s first major title in […]