The College Football National Championship game has the No. 1 LSU Tigers battling the defending National Champions, the No. 3 ranked Clemson Tigers. Both sets of Tigers are 14-0 and seeking to cap off a perfect season when they square off at the Superdome.

It features a pair of teams called the Tigers, both of whom (somewhat incorrectly) claim to hail from Death Valley, and still no consensus on who is the king of the college football jungle until the game clock hits zero.

Clemson is after its third crown in four seasons and its 30th straight victory.

LSU is seeking its first national championship since 2007 and first in the CFP era.

Lawrence hasn’t lost a game through two seasons nor thrown an interception since Oct. 19, 2019.

Clemson has won two of the last three national championships, while LSU is looking for its first national title since Les Miles led them to the crown in the same building after the 2007 season.

1985 Playing in his 436th career game, Edmonton center Wayne Gretzky scores his 400th career NHL goal and adds 2 assists in a 5-4 Oilers’ win over the Sabres in Buffalo

1999 Basketball superstar Michael Jordan announces his second retirement just prior to start of lockout-shortened 1998-99 NBA season; returns in 2001 with Washington 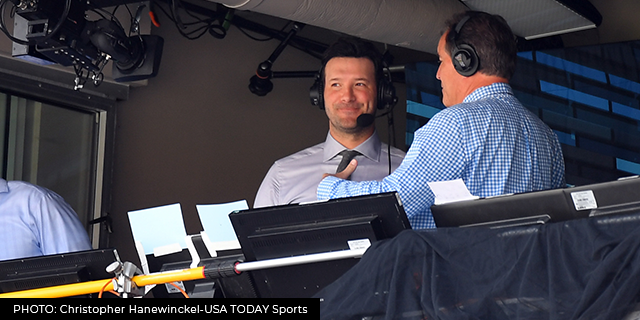 ESPN is preparing an offer that would make Tony Romo the highest-paid sportscaster in TV history, with a multi-year deal that would pay him between $10 million to $14 million annually.

The sixth-seeded Tennessee Titans crushed the top-seeded Baltimore Ravens on the road Saturday night, winning 28–12 to advance to their first AFC Championship Game since the 2002 season.

Pete Carroll was furious after a spot by the referees gave the Green Bay Packers the win in Sunday night’s divisional playoff game.

As college football prepares to crown its latest champion, the game is facing a much bigger question than Clemson or LSU: namely, why are crowds at stadiums across the country shrinking?

With Kyrie Irving back on the court for the Brooklyn Nets and Blake Griffin contemplating knee surgery, we explore what the two stars’ careers tell us about injury-prone NBA players.

The Cardinals and Rockies have recently engaged in “preliminary trade negotiations” regarding Nolan Arenado.

Major League Baseball has concluded its investigation into the sign-stealing practices the Houston Astros.

The Molson Coors beverage company has announced a multi-year extension of its partnership with the National Hockey League (NHL) as an official beer of the competition in Canada.

Twitch’s ongoing strategy to diversify the content on its platform to attract more brands made headway in 2019, as its non-gaming category “Just Chatting” was watched more than any video game in December.

Professional Bull Riders is forecasting a 25% bump in sponsorship revenue this season, including deals with new partners that include the U.S. Concealed Carry Association, a gun-rights group.

No taking a knee, no political hand gestures and no disrespect during medal ceremonies. The International Olympic Committee (IOC) posted a three-page guideline on Thursday that reiterates Rule 50 of the Olympic Charter. It clearly states how and when athletes can protest during the 2020 Tokyo games.

Here are the 2020 Oscar nominees announced Monday, Jan. 13 in advance of the Academy Award’s Feb. 9 show.

Sports That Matters Powered By  INTERTOPS Sign-Up | Make a Deposit | Get Bonuses December 23, 2019 One Big Thing: The Los Angeles Dodgers are trying to make a move during the offseason. The Dodgers have been in pursuit of Cleveland Indians stars Francisco Lindor and Mike Clevinger, and they’re also keeping in touch with the Boston Red Sox […]

Brought to you by Site Ground June 8th, 2019 Welcome back have a great weekend! 1. What’s New There’s been a buzz about thoroughbred racing since the Kentucky Derby and it just might increase when the “What if?” Triple Crown comes to an end with the Belmont Stake. What if Maximum Security, the first colt […]

On This Day In Sports