Ohio State quarterback Justin Fields might not be fully healthy when the second-ranked Buckeyes face No. 3 Clemson in the PlayStation Fiesta Bowl. Fields said Tuesday that his left knee is only 80 to 85% heading into Saturday’s College Football Playoff semifinal in Glendale. He plans to wear a small brace during the game and brought a larger one in case he needs it. (READ MORE) by ESPN

1974 Cardinals’ Lou Brock is named Sportsman of the Year

1982 Chaminade, with a student body of only 850 students, beats #1 ranked Virginia 77-72 in a Honolulu holiday basketball classic 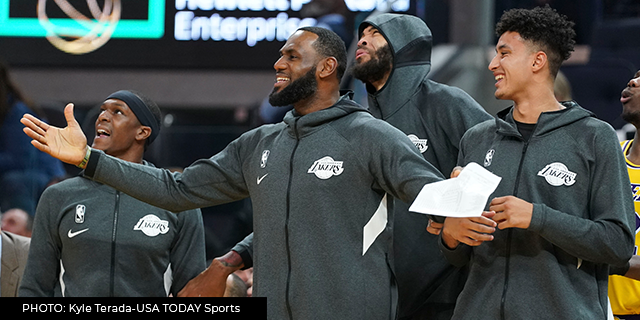 Christmas has become one of the most important days on the NBA calendar, producing the league’s highest-rated game on the regular season in every year since 2002. This year will mark the 72nd edition of the NBA on Christmas Day, with the league playing five games on the day for the twelfth year in a row.

Kyrie Irving has been sidelined since mid-November and may not return until mid-January. The Nets organization stated that Irving could be out two to three more weeks with what they are calling thoracic bursitis.

The NBA’s top executives still come to the G League’s showcase event on a hunt, searching through the slow-footed big men, the undersized guards and the shooters to find the rare player who could someday make a difference on their teams.

The Seattle Seahawks just added a major wild card right before Week 17 in running back Marshawn Lynch. If he’s even close to the man he used to be, the Seahawks could change the face of the NFC Playoffs.

The professional football team in the nation’s capital was the hottest ticket in town for decades. But under Dan Snyder’s ownership, the franchise has lost a lot of games and managed to alienate even some of its most dedicated fans. What made one of most unshakable fandoms in America give up on its team?

NBC Sports came down hard on NHL analyst Jeremy Roenick for comments he made about his co-workers on a podcast. Roenick received an indefinite suspension without pay for sexual comments he made about NBC colleagues Kathryn Tappen and Patrick Sharp in an appearance on Barstool Sports’ “Spittin’ Chiclets” podcast. Roenick discussed going on vacation with both his wife and Tappen, adding that he joked with a hotel guest about their “situation.”

LSU running back Clyde Edwards-Helaire suffered an injury during on-campus practice last week, but as the No. 1-ranked Tigers held their first media availability in Atlanta on Monday, head coach Ed Orgeronsaid there’s a chance Edwards-Helaire could play.

Gonzaga is the latest No. 1 in The Associated Press Top 25 men’s college basketball poll that has seen no stability on the top line. The Bulldogs moved up a spot to take over for Kansas, which lasted only a week at No. 1 before losing at now-No. 10 Villanova. At the time, that had marked the first time the AP poll has had five different No. 1s before New Year’s Day.

A federal magistrate judge awarded lawyers representing the plaintiffs in a lawsuit challenging the NCAA’s athlete-compensation limits $33.2 million in attorney’s fees and costs.

The team is seeking to redevelop the Coliseum site into a mixed-use project that could include a tech campus, housing, a hotel and retail, in an effort that has been beset with delays and litigation. 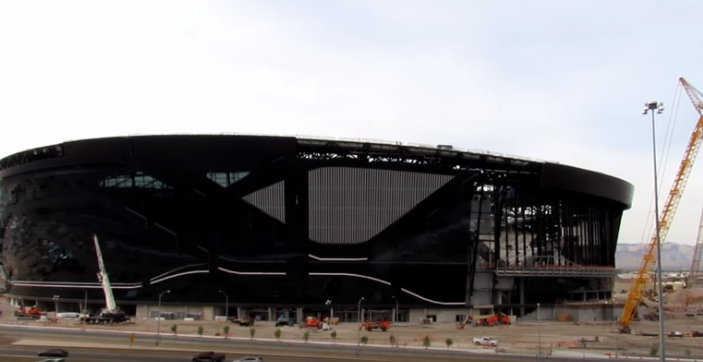 Will Fuller is Texans’ key to a deep playoff run

The Rise & Evolution Of Shams Charania

Here are the biggest challenges facing the sports industry now

Powered By INTERTOPS Sign-Up | Make a Deposit | Get Bonuses December 30, 2019 One Big Thing Co-owners John Mara and Steve Tisch informed Pat Shurmur he was fired, less than a day after the Giants with a 4-12 record failed to play the spoiler role and saw the Philadelphia Eagles beat them 34-17 to win […]

January 22, 2020 One Big Thing: Zion Williamson, the most-hyped No. 1 pick since LeBron James a little more than a decade and a half ago, is slated to make his regular-season debut as a pro. Williamson will start in his official NBA debut with the New Orleans Pelicans on Wednesday night (9:30 p.m. ET on ESPN) […]