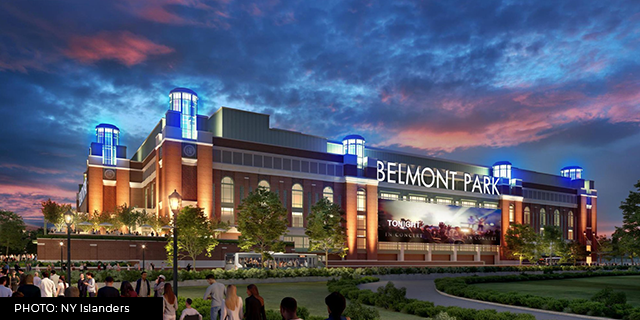 The New York Islanders took an important step towards the team’s decade-long search for their arena yesterday, holding a ceremonial event at the site of its future 19,000-seat arena.

Located in Belmont on Long Island next to the Belmont Park race track, is part of a larger 43-acre, $1.3 billion development plan that includes a proposed 350,000 square feet of retail and a 250-room hotel.

The Islanders had played at the Nassau Coliseum from 1972 to 2015 before moving to the Barclays Center. In 2018, a three-year arrangement was struck to move some of the team’s games back to the Coliseum.

NHL Commissioner Gary Bettman said that 28 of the team’s games will be played at the Coliseum in the coming season, with the remaining 13 held at the Barclays Center.

Sports That Matters Powered By  INTERTOPS Sign-Up | Make a Deposit | Get Bonuses September 27, 2019 Patrik Laine signed with the Winnipeg Jets to a two-year deal. The contract has an average annual value of $6.75MM. Laine $6MM in 2019-20 and $7.5MM in 2020-21. The Ottawa Senators signed Thomas Chabot to an eight-year extension. Starting […]