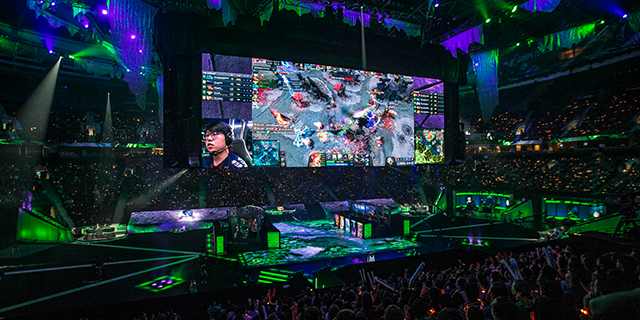 Epic Games’ Fortnite World Cup caught the attention of the world last month with its three-day sold-out event at Arthur Ashe Stadium in New York City and its eye-catching record of $30 million in total prize money.
This weekend in Shanghai, that record will be broken by what has become esports’ richest annual event. (READ MORE) by esportsearnings.com

The Oakland Raiders “hosted” the Green Bay Packers in a preseason game in Winnipeg, Canada. The field at Investors Group Field – home of the Winnipeg Blue Bombers of the CFL – is set up for that league’s dimensions. That also includes field goal posts in the end zones. (READ MORE) by Lorenzo Reyes

NFL teams are going to have to cut their rosters down from 90 to 53 ahead of Week 1 of the regular season here soon.

That would normally put current free agents on the back burner when it comes to finding new teams. However, the dynamics this summer are a bit different.

Heading into what promises to be a wide-open 2019 campaign, teams are going to be looking for reinforcements wherever they can find them.

The annual hard court tennis tournament will begin in earnest on Monday with one of its strongest fields ever. But New York City Comptroller Scott Stringer called an early foul on the tournament’s organizers, accusing them of underreporting revenue and owing back rent of the use of the Open site in Flushing, Queens. (READ MORE) by David Waldstein

Most figured that Houston Rockets guard James Harden would win a second consecutive MVP following a tremendous 2018-19 season. Harden, 29, averaged a ridiculous 36.1 points, 6.6 rebounds, 7.5 assists and 2.0 steals per game en route to leading Houston to a 53-29 record. Unfortunately for Harden, he was passed up for the top individual award by Milwaukee Bucks star Giannis Antetokounmpo. (READ MORE) by Vincent Frank

The Houston Astros created a controversy when they blocked reporter Anthony Fenech from entering the clubhouse immediately after Wednesday’s game, apparently at the request of Justin Verlander. (READ MORE) by Larry Brown

As SportsPro releases the tenth edition of its list of the world’s most marketable athletes, editor at large Eoin Connolly takes a highly speculative look at the athlete marketing trends that could shape the decade to come. (READ MORE) by Eoin Connolly

Sports That Matters Powered By  INTERTOPS Sign-Up | Make a Deposit | Get Bonuses September 17, 2019 Its time for Colin Kaepernick to fill a starting QB need in the NFL. Kaepernick is a former Super Bowl QB and has been working out for the last three years for a shot back in the league. […]

Orlando Magic rookie Mo Bamba isn’t here for hangers-on. After being selected sixth in Thursday’s NBA draft, the 7-foot-1 center shot down chatter he was involved with a young woman, after the Instagram user posted a photo of the two, leaving followers to ponder their relationship status. Modal TriggerMo BambaNBAE/Getty Images “I honestly really don’t even […]

Sports That Matters POWERED BY Intertops Sign Up, Make a Deposit, Redeem your Bonus August 21, 2019 Amy Brooks had always been passionate about sports, but her fascination with one in particular started to blossom at the age of 11. It was then, she recalls, that the National Basketball Association’s (NBA) Kings relocated from Kansas […]