Welcome back have a wonderful Thursday!

Denver Broncos wide receiver Emmanuel Sanders is working his way back from a torn Achilles that he suffered back in December, but he seems to be making great progress. As a matter of fact, he made a diving catch at Broncos training camp on Wednesday, and Sanders was feeling pretty good about himself afterward. (READ) by Matthew Schmidt

With Alex Smith out for the season (and potentially his career) following his significant leg injury, Washington is moving forward this year with a QB room featuring longtime Washington Redskins player Colt McCoy(who is fully cleared to practice after his own leg injury), journeyman Case Keenum and first-round rookie Dwayne Haskins. (READ) by Jeremy Bergman

What Lamar Jackson’s running workload should be for the Baltimore Ravens this season.

The Super Bowl-winning Patriots teams of the 2000s, which one three and appeared in another, will get their first Hall of Famer in two weeks. Former Patriots safety Rodney Harrison, who’ll soon join the team’s Hall of Fame, has a problem with that.

Tom Brady and the New England Patriots are always expected to be Super Bowl contenders, but it will be harder to get there without Rob Gronkowski.

Patrick Mahomes and the Kansas City Chiefs are a lock to reach Super Bowl LIV.

New Green Bay Packers’ head coach Matt LaFleur and quarterback Aaron Rodgers will get along in their first season together.

Cleveland Browns’ ability to live up to the hype with sophomore QB Baker Mayfield leading the way.

Melvin Gordon’s decision to hold out and not report to training camp as the running back seeks a new deal with the Los Angeles Chargers.

I sometimes find it difficult to parse the words of athletes who, at a point of unfathomable turbulence, success and financial prosperity in their lives, manage to put something as thoughtfully as Odell Beckham Jr. did during his long-form interview with GQ magazine. (READ) by Conor Orr

Jacksonville Jaguars cornerback Jalen Ramsey has made it abundantly clear that he isn’t happy with his current contract situation, and if him showing up to training camp in an armored bank truck doesn’t tell you that, it’s hard to tell what will. (READ) by Matthew Schmidt 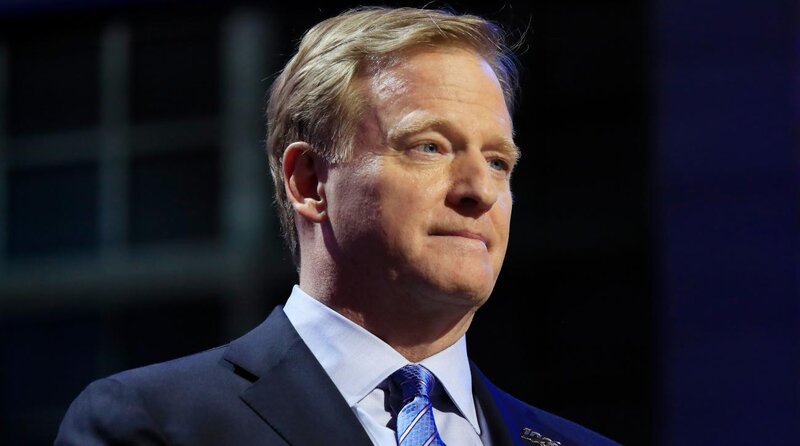 According to Mike Garafolo of NFL Network, the New England Patriots, Kansas City Chiefs, and Cleveland Browns all tried to trade for the defensive lineman before he was released, and Garafolo notes that seven teams overall have contacted Daniels. (READ) by Matthew Schmidt

It was a simple, subtle sign that affirmed Dan Quinn’s offseason decision to overhaul his coaching staff back in January and reset the Falcons ahead of his fifth year at helm. Quinn saw it in game-management meetings, and it brought energy to what would seem to be pretty mundane, it’s-only-spring tasks for the head coach. (READ) by Albert Breer

Sports That Matters POWERED BY Intertops Sign Up, Make a Deposit, Redeem your Bonus August 26, 2019 The Saints are set at starting quarterback for 2019. Drew Brees was his typical all-world self for most of his previous year. While the now 40-year-old’s level of play declined late in the season, he still managed to record a league- and […]

Oakland has told interested clubs that they will not part with the tour-de-force edge pass rusher, whose holdout has extended to 27 days. But until the Raiders and Mack actually end their impasse … never say never. Mack, scheduled to make $13.8 million on his fifth-year option, is looking to become the first non-quarterback to […]

Sports That Matters Powered By  INTERTOPS Sign-Up | Make a Deposit | Get Bonuses September 8, 2019 Anthony Harris highlighted a thorough thrashing by Minnesota’s defense with two interceptions of Matt Ryan and a fumble recovery, Dalvin Cook carried a revived running attack, and the Vikings started the season with a 28-12 victory over the Atlanta Falcons on Sunday. Kirk Cousins connected with Adam […]