Thanks for stopping by on a Sunday!

Make sure you sign up for our weekly newsletter (here)

Farhan Zaidi took over as the head of baseball operations for the San Francisco Giants this year, and it’s as if the circumstances of his first trade deadline have been pitched into a blender, with nobody really knowing — including Zaidi — what concoction will emerge over the next 10 days. (READ) by Buster Olney

At 35 years old and more than halfway into the six-year contract he signed with the D-backs prior to the 2016 season, Zack Greinke remains a force. And as the July 31 Trade Deadline approaches, he should be drawing a lot of interest, if he is available. (READ) by Andrew Simon

Edgar Martinez speaks before his Hall of Fame induction about the importance of the DH position now compared to when he first started. He also compares Mike Trout to Ken Griffey Jr. when discussing the MVP.

Milwaukee Brewers manager Craig Counsell spoke highly of his relievers after an 8-3 win over the Arizona Diamondbacks.

The New York Knicks had a sour offseason, missing out on Zion Williamson and instead going home with Duke stud RJ Barrett, whiffing on a chance to pair Kevin Durant and Kyrie Irving, and leaving free agency with veterans on short-term deals. (READ) by Reid Goldsmith

For 15 years, through championships and an unparalleled run of playoff berths and success, R.C. Buford and Gregg Popovich seemed to work as one brain. Popovich was the coach but also team president, Buford the GM, and together they built an NBA powerhouse. (READ) by Kurt Helin

The Houston Rockets’ blockbuster trade to acquire Russell Westbrook from the Oklahoma City Thunder earlier this month had so many backstories. Among them, Chris Paul heads to OKC in the deal after reports of a rift between him and James Harden. While Paul has pushed back against said reports in the past, Harden has been quiet. (READ) by Vincent Frank

Jalen Rose and David Jacoby react to Golden State Warriors GM Bob Myers‘ comments in a press conference talking about Kevin Durant leaving the team, with Rose saying Durant will become the second player ever to have his number retired by three NBA teams.

Ryen Russillo and Jalen Rose predict how the Houston Rockets’ new tandem of Russell Westbrook and James Harden will fare during the 2019-20 NBA regular season.

Pablo Torre and Bomani Jones beg the question if Ben Simmons and Joel Embiid could coexist with each other moving forward on the Philadelphia 76ers after Simmons received a five-year, $170 million extension. 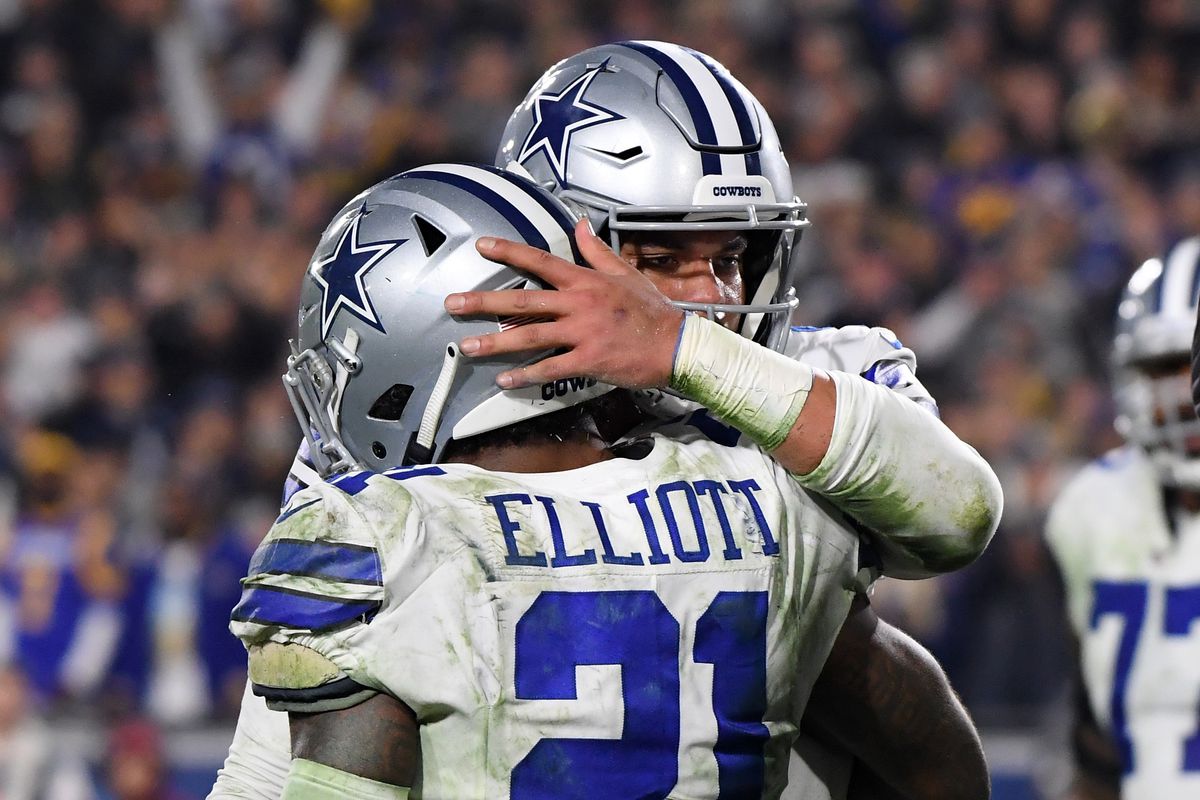 There are few things that internet sports fans love to discuss as much as they do the value of running backs in today’s NFL. General consensus seems to be that runners, even elite ones, are not worth legitimate paydays. The market for the position is seemingly in a crisis that no other football players are really experiencing. (READ) by RJ Ochoa

Of the big three sports, the NFL is far behind when it comes to using analytics, but the smartest teams in the league have indeed embraced the movement. And for the rest of the league, they will have to adapt or be left behind. (READ) by Jordan Alexis

Which Team without a Super Bowl Will Win One in 2019?

Why Alvin Kamara is the Toughest Matchup in the NFL. Creator of mismatches. Leader in versatility.

Why Aaron Donald is the Best Interior D-lineman in NFL History.

Sun Yang cruises to the men’s 400m win at the 2019 World Championships.

Sports That Matters Powered By  INTERTOPS Sign-Up | Make a Deposit | Get Bonuses December 12, 2019 Agent Scott Boras had an $814M week at the 2019 MLB Winter Meetings. His company gets 5% commission which is $40.7m on just these 3 signings alone. Three days saw the top three free agents Stephen Strasburg on […]

Clayton Kershaw lasted only five innings in his return from the disabled list and will have an MRI on his back Friday. Chicago first baseman Anthony Rizzo had a controversial slide into Pittsburgh catcher Elias Diaz on Monday that the league said should have been ruled interference on Rizzo. Then on Wednesday the benches cleared after Pirates starter […]

MICHAEL BARI SHOW DAILY April 16th, 2019 Welcome Back! Have a Great Wednesday! DID YOU KNOW: Michael Jordan makes more money from Nike annually than all of the Nike factory workers in Malaysia combined. The silhouette on the NBA logo is Hall of Fame Laker Jerry West. Mr. Clutch is literally cemented in professional basketball lore. At […]