Welcome back, appreciate you stopping by! 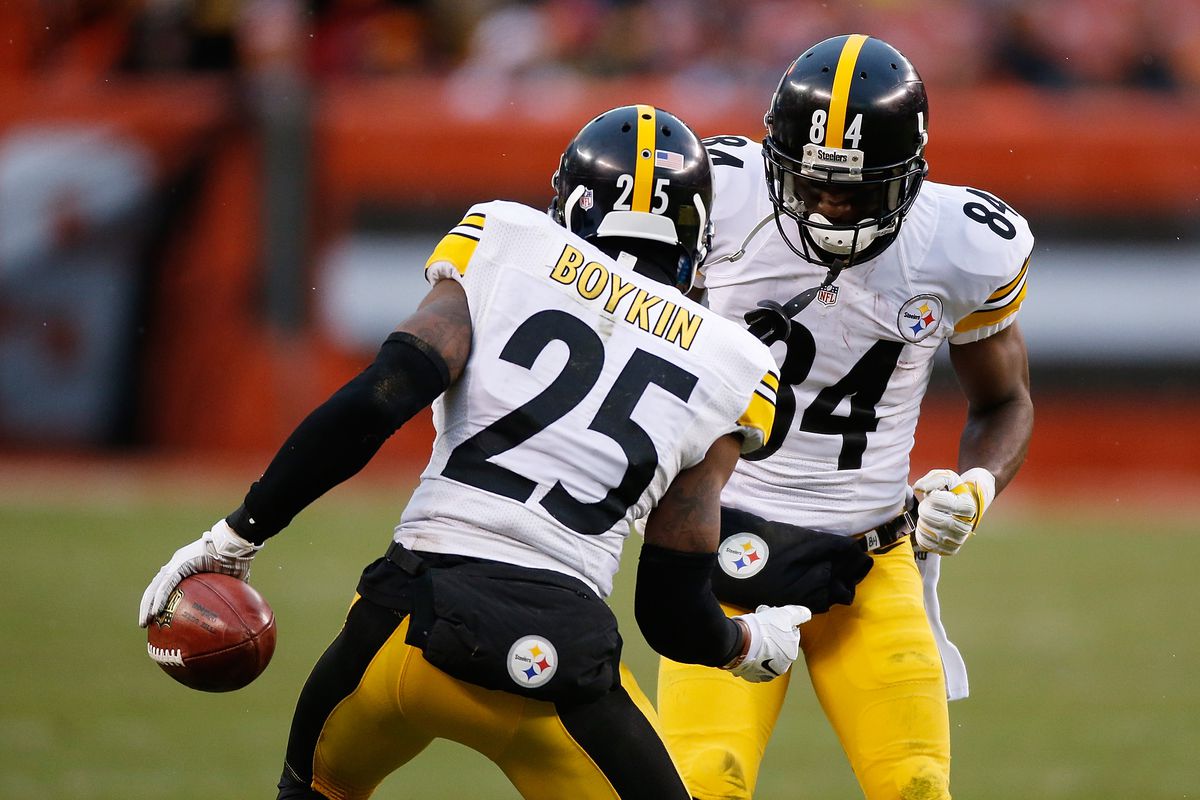 If you thought the NFL Network had already run out of players with any connection to the Pittsburgh Steelers they could bring on the show to criticize their former team, the appearance of Brandon Boykin on NFL Total Access on Wednesday ended that dream. (READ) by Simon Chester

Brent Stover and Gary Parrish are joined by Pete Prisco to talk about the Denver Broncos Training Camp 2019 Day 1 and their new head coach Vic Fangio.

Domonique Foxworth says Ezekiel Elliott should not play on his current contract, but also argues that the Dallas Cowboys should not pay Elliott based on the unfair value given to NFL running backs. Dan Orlovsky says the Cowboys’ season will be over if Elliott does not play.

Max Kellerman insists that Matthew Stafford is overrated because he was the top pick in the 2009 NFL draft and has not led the Detroit Lions to a playoff win or an NFC North title.

Boomer and Gio talk about comments made by Baker Mayfield about how Odell Beckham Jr. now has a place where he will be “respected” by fans. Boomer and Gio disagree with his comments saying that Giants fans are some of the best fans in football.

Chris Simms caught up with former Washington Redskins quarterback Joe Theismann to talk about his career-ending leg injury, the history behind his last name and the state of his former team.

After failing to convince Kevin Durant to stay, the Golden State Warriors were able to find a way to prevent losing him as an unrestricted free agent without getting anything in return. In a sign-and-trade deal with the Brooklyn Nets, the Warriors acquired All-Star point guard D’Angelo Russell in exchange for Durant. Russell may not be as good as Durant right now, but he could still somehow fill the hole he left on the offensive end of the floor. (READ) by JB Baurelo

Amin Elhassan, Nick Friedell and Tim MacMahon head to “Crunch Time ” to wish a happy birthday to Anfernee “Penny” Hardaway, and reminisce about his performance on the Orlando Magic alongside Shaquille O’Neal. They also look back on the Kawhi Leonard trade.

Chris Simms caught up with Steph Curry at the American Century Championship to discuss the fallout from Kevin Durant leaving the Golden State Warriors in free agency and losing the NBA Finals to the Toronto Raptors.

Amin Elhassan, Nick Friedell and Tim MacMahon react to Philadelphia 76ers star Ben Simmons signing a version of the max extension that, unlike most others, gives more money based on which All-NBA team he might make.

Chris Broussard & Kelvin Washington (in for Rob Parker) react to Shaquille O’Neal‘s recent comments on Jimmy Kimmel LIVE saying he wouldn’t join the Clippers or Lakers right now for the sake of the league to maintain competitive balance.

Enshrinement awaits the six-member Class of 2019 when the National Baseball Hall of Fame holds its annual induction ceremony this weekend. Mariano Rivera, Edgar Martinez, Mike Mussina, Lee Smith, Harold Baines and the late Roy Halladay will be saluted Sunday afternoon in Cooperstown, N.Y., with their bronze plaques unveiled before their permanent placement in the hallowed Hall. (READ) by Anthony Castrovince

Aaron Boone gets ejected and gets his money worth!

David Freese clubbed a go-ahead two-run home run in the 7th inning to lead the Dodgers to a 7-2 win.

The general manager is one of the most important individuals in an NHL front office. They are the ones that decide the short-and long-term future of the team, pick the direction, implement the plan, and put the roster in place. While the coaches are always the ones that get put on the hot seat and are the first ones to fall on the sword when things go wrong, the general managers are the ones who ultimately impact what sort of team you are going to have every season. (READ) by Adam Gretz

Ron Francis has all kinds of eye-popping statistics attached to his Hall of Fame career. He averaged more than point a game, is second in NHL history in assists behind Wayne Gretzky and fifth in career points.

Jack Hanna speaks with Doc Emrick about his zoo director dreams and how Blue Jackets founder John McConnell helped him and the city of Columbus succeed.

For all of Minnesota Wild GM Paul Fenton’s lizard tongued blunders through his first year at the helm, the Wild’s biggest problem is that owner Craig Leipold is in denial about his team.

Leader J.B. Holmes sizes up his opening-round 66 at The 148th Open at Royal Portrush.

Jaime Diaz joins Brandel Chamblee and Frank Nobilo to assess the struggles of Tiger Woods in the first round of The 148th Open.

Frank Nobilo and Brandel Chamblee give takeaways on Brooks Koepka‘s opening-round 68 at The 148th Open.

March 30, 2020 Dr. Hal Wissel has a wealth of experience in the National Basketball Association including coaching, scouting and working in the front office. Hal was assistant coach for player development for the Golden State Warriors (2006-07), assistant coach with the Memphis Grizzlies (2002-05) and an advance scout for the Dallas Mavericks (2001-02). He served as […]