Welcome back, have a great week ahead!

1. US Women’s Soccer wins another World Cup, men fall in finals to Mexico.

The US Women’s Soccer team completed their title defense with a 2-0 victory over the Netherlands.

By opening the scoring with a penalty awarded after a video review, Megan Rapinoe claimed a sixth goal and thanks to three assists and playing fewer minutes finished as the Golden Boot winner of the most-watched FIFA women’s tournament.

Victory gave the Americans $4 million double the amount earned four years ago as part of a $30 million prize pot but lagging the $38 million earned by France for lifting the men’s trophy last July in Moscow.

The FIFA Council was due to make the pick in March but Infantino said Friday the bidding process might have to be re-opened after revealing plans to expand the tournament from 24 to 32 teams.

Hours after the American women won their fourth World Cup, the men were outplayed by Mexico in the CONCACAF Gold Cup final. Jonathan Dos Santos scored in the 73rd minute to give the El Tri a 1-0 victory Sunday night.

Star Christian Pulisic and captain Weston McKennie both left Soldier Field without speaking to reporters about the latest setback to a program still trying to rebound from its failure to qualify for last year’s World Cup.

Despite missing their top three forwards, El Tri had 58% possession, outshot the U.S. 20-10 and won their eighth Gold Cup title to six for the U.S., which dropped to 1-5 in Gold Cup finals against its biggest rival.

Days before he reports to Chelsea, Pulisic was by far the best U.S. player, using bursts of speed and cutting ability to create chances, but he rarely touched the ball in the second half. The 20-year-old midfielder was given the tournament’s best young player award after scoring three goals with three assists.

Mexico scored on a move started by Dos Santos, who plays in Major League Soccer for the LA Galaxy. He passed the ball to Rodolfo Pizarro, who switched from the left flank to the right in the second half. Pizarro crossed in the penalty area where Raúl Jiménez played a back-heel pass to Dos Santos, who had continued his run. His left-footed shot went by the outstretched arm of Steffen for just his third goal in 46 international appearances.

2. Wimbledon heating up toward final match-ups.

Serena Williams eased into the Wimbledon quarterfinals for the 14th time by beating Carla Suarez Navarro 6-2, 6-2 on No. 1 Court.

Williams won six straight games from 3-2 in the first set to take control of the match.

Williams is looking for her eighth Wimbledon title after losing last year’s final to Angelique Kerber. She has never lost a set in seven career meetings against Suarez Navarro.

Unseeded American Alison Riske came from a set down to upset top-ranked Ash Barty 3-6, 6-2, 6-3 at Wimbledon and reach her first Grand Slam quarterfinal.

Riske broke for a 5-3 lead in the deciding set and clinched the win on her first match point when Barty sent a backhand wide.

Riske is playing in her 30th Grand Slam tournament but her previous best result was reaching the fourth round at the 2013 U.S. Open.

Ash Barty’s winning streak is over, and so are her chances of winning a second straight Glam Slam title.

The top-ranked Australian had won 15 matches in a row, including the French Open title, but she lost to Alison Riske 3-6, 6-2, 6-3 at Wimbledon on Monday, giving the unseeded American a spot in the quarterfinals of a major tournament for the first time.

Later on “Manic Monday,” Williams, 15-year-old sensation Coco Gauff and the men’s Big Three of Roger Federer, Rafael Nadal and Novak Djokovic are on the schedule as Wimbledon resumes after its traditional day off.

CoCo Gauff will try to prolong her magical Grand Slam debut when she meets former No. 1 Simona Halep. That match on No. 1 Court follows seven-time Wimbledon champion Williams against Navarro.

The top three seeded men — Djokovic, Federer and Nadal — all face opponents who never have been to the second week at Wimbledon.

3. One more blockbuster move in the NBA can put a cherry on top of a unbelievable free agent season. 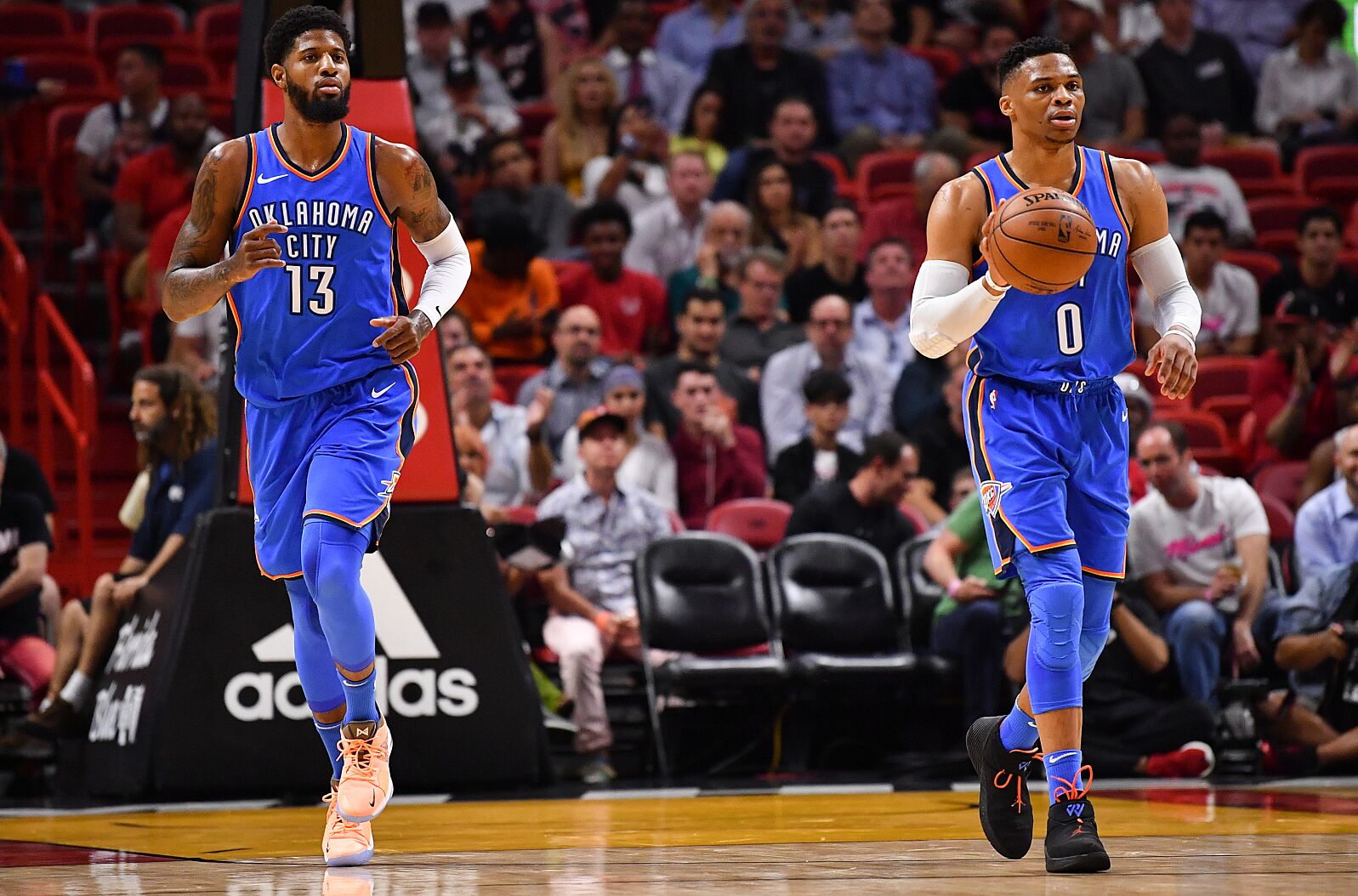 One more top five player in the NBA could be on the move. It will be difficult to trade Russell Westbrook. His contract (four years and about $171 million left) and playing style don’t make him the most attractive acquisition. However, if the Thunder do decide to deal him for future assets that accelerate a rebuild, the Miami Heat maybe the team that wins the off-season.

Pat Riley already landed one huge name this offseason in Jimmy Butler, and Westbrook remains one of the best (if most polarizing) players in the NBA. For all the critiques of his game, Westbrook goes all-out all the time, and that tenacity would fit well within Miami’s team culture.

The Heat have a decent mix of young assets (Justise Winslow, Bam Adebayo) and an expiring contract (Goran Dragic) to put together the kind of high-floor offer that could be appealing to the Oklahoma City Thunder.

James Johnson and Kelly Olynyk have player options, and at least with Olynyk there’s a real chance he declines that to pursue a longer-term deal. Johnson would at least be tradeable on an expiring deal.

The Heat would have some flexibility to add a third star to Butler and Westbrook in 2020 and really make a statement in the East. The Heat are just coming out of salary-cap hell, and adding Westbrook is certainly risky. But he and Butler together would seem to fit Pat Riley’s star-player desires and Miami’s hard-nosed culture.

Dana Gauruder from Hoops Rumors writes the rich are about to get richer, as free agent center DeMarcus Cousins has agreed to a contract with the Warriors, Shams Charania of Yahoo Sports tweets. It’ll be a one-year, $5.3MM deal, with the Dubs using the taxpayer mid-level exception to add Cousins, tweets ESPN’s Adrian Wojnarowski. It’s […]

SOCCER MOST POPULAR SPORT IN THE WORLD

Sports journalists have been facing this conundrum of ranking sports for some time now. Every now and then we see contradictory rankings of most popular sports alleviating whatever confidence we had in those reports. For ranking any sport’s popularity it is imperative that we set the criteria for ranking first. If TV viewership of any […]

May 22nd, 2019 Welcome back! What’s New: Nearly $99.9 million was bet on Pimlico’s 14-race card this past Saturday. $54.4 million of that was bet on the Preakness alone. ‘ESPN Mode’, as it is called, is part of the network’s push to provide more differentiated viewing opportunities for fans through its digital offering. Tish Guerin, 35, is […]