Have a great Sunday, GO USA!

Andrew Benintendi and Mookie Betts finished a homer short of the cycle as the Boston Red Sox beat the Detroit Tigers 10-6 on Saturday night.

Jon Lester pitched into the seventh inning, and the Cubs beat All-Star Lucas Giolito and the crosstown White Sox 6-3 at Guaranteed Rate Field on Saturday night.

Tomas Nido hit a three-run double that put the angry New York Mets ahead to stay in a 6-5 victory over the Philadelphia Phillies that included four hits batters Saturday night in the latest testy game between the teams.

Kevin Newman had a big night at the plate for the Pirates. So did Colin Moran. Starling Marte, too. They all helped power Pittsburgh to a 12-2 thumping of the Milwaukee Brewers on Saturday night.

With one big swing, Travis d’Arnaud made sure the Tampa Bay Rays and New York Yankees didn’t go into extra innings for the third consecutive day. D’Arnaud hit a two-out homer off Chad Green in the bottom of the ninth inning, lifting the Rays past the Yankees 4-3 on Saturday.

Yuli Gurriel homered for the fourth consecutive game and Gerrit Cole pitched seven scoreless innings before two relievers completed the four-hitter, leading the Houston Astros to a 4-0 win over the Los Angeles Angels on Saturday night.

Yadiel Rivera hit a go-ahead, two-run single in the fifth inning and the Miami Marlins beat Atlanta 5-4 on Saturday for only their second win over the Braves this season.

Shane Bieber went eight innings in 90-degree heat on Saturday, and the Indians’ All-Stars made their mark in a 7-2 victory over the Cincinnati Reds, their fifth in a row at Great American Ball Park. The Indians also got a pair of homers from Francisco Lindor.

Patience with Michael Pineda during a lengthy rehab is paying off for the Minnesota Twins. Pineda struck out a season-high nine over six efficient innings, Jason Castrohad two hits and three RBI, and Minnesota beat the Texas Rangers 7-4 on Saturday.

New York Mets general manager Brodie Van Wagenen threw a chair during a contentious meeting with manager Mickey Callaway and his coaching staff after Friday night’s 7-2 loss to the visiting Philadelphia Phillies, according to multiple reports.

San Francisco Giants pitcher Madison Bumgarner exited Saturday night’s game against the St. Louis Cardinals at Oracle Park because of an elbow contusion after taking a line drive off his left arm in the first inning.

Minnesota Twins first baseman C.J. Cron has been put on the injured list with right thumb inflammation, the team announced Saturday. Cron is hitting .266 with 17 home runs and 54 RBIs this season for the Twins, who lead the AL Central by 6 1/2 games over the Cleveland Indians.

Pittsburgh Pirates left-hander Steven Brault has been placed on the 10-day injured list after leaving Friday’s game with a left shoulder strain.

Texas Rangers All-Star Mike Minor will skip his final start Sunday against the Minnesota Twins ahead of the break.

Los Angeles Dodgers outfielder A.J. Pollock, who underwent surgery in early May for an infection in his surgically repaired elbow, will rejoin the team after the All-Star break.

ESPN 300 defensive back Dontae Manning announced he was decommitting from Oklahoma on Saturday. Manning was the highest-ranked defensive commitment for the Sooners and has now reopened his recruitment. Manning is the No. 2 ranked cornerback in the 2020 class, ranked 23 overall, and was a big part of Oklahoma’s effort to improve its defense.

Former Clemson and East Carolina running back Tyshon Dye drowned Friday while swimming in a lake during a family outing. Dye was 25 years old.

University of Hawaii linebacker Scheyenne Sanitoa died Thursday, athletic director David Matlin said in a statement. Sanitoa was 21. No cause of death was released.

When Oklahoma landed ESPN 300 safety Bryson Washington on July 4, head coach Lincoln Riley tweeted that the fireworks were starting early for the Sooners. The 6-foot-2, 190-pound Washington, ranked No. 5 at his position by ESPN.

The University of Florida‘s most famous cheerleader has died. George Edmondson Jr., better known as Mr. Two Bits while riling up crowds at Florida home games for 60 years, died Tuesday at age 97, the school announced Thursday.

Mason Fine had the best adjusted completion percentage on deep passes last season among CUSA quarterbacks to go along with a perfect 7-to-0 touchdown to interception ratio on those throws.

A Marshall University football player who was shot in the back Saturday has been released from the hospital. The Herald-Dispatch reports 19-year-old Dante James Walker was released Monday. Assistant Athletic Director for Media Relations Jason Corriher says Walker will make a full recovery.

Former Georgia wideout Jeremiah Holloman has entered the NCAA transfer porter, according to 247Sports. Holloman, who was dismissed from the team last week, apparently is trying to see if he can play elsewhere. 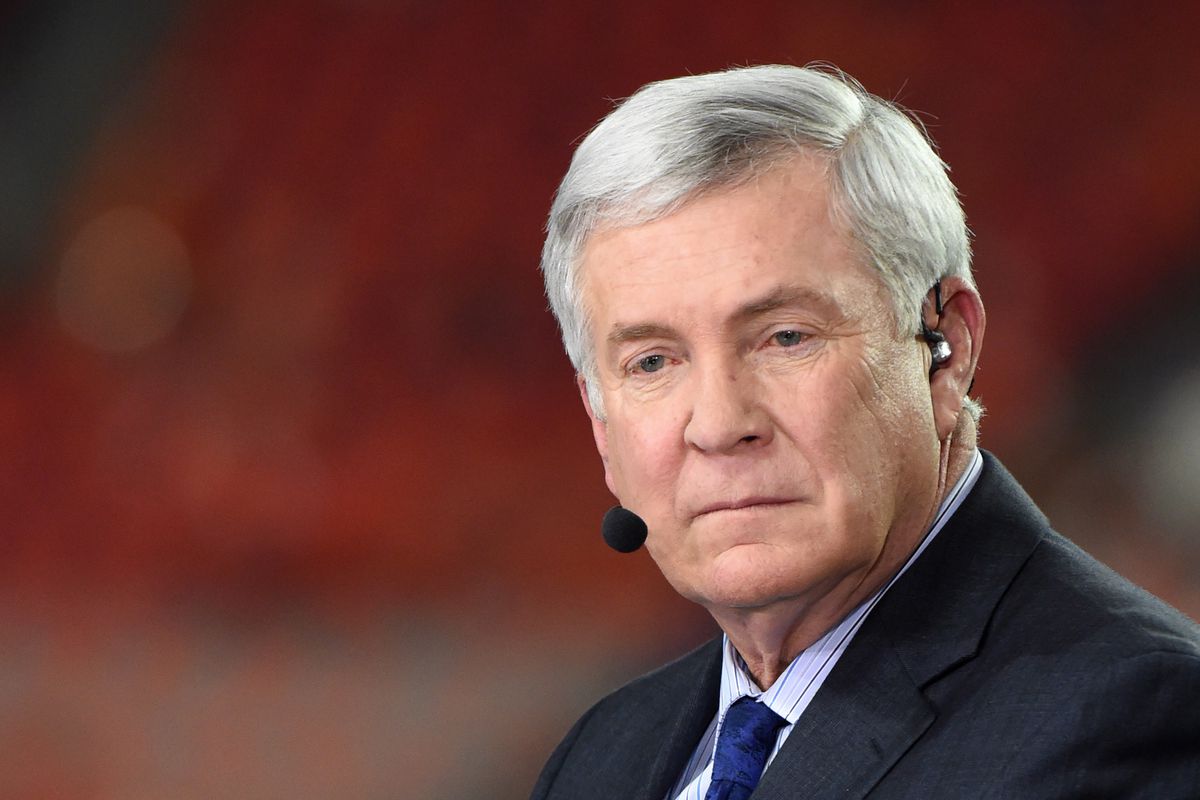 Mack Brown evidently now dislikes the label “CEO” coach. That marker came to be a caricature of his time at Texas: that Brown spent his time glad-handing boosters and recruits while his staff did the real coaching.

QB Justin Herbert’s return meant that UO will be a preseason top-10 team, or close to it, in the polls. But both he and the Ducks’ defense have to prove far more consistent to reach even the top 20.

Recent history suggests ASU should win about seven games and sign a recruiting class ranked around 30th. Edwards’ first year produced … seven wins and the No. 31 class. The Sun Devils were also projected 52nd in S&P+ and finished … 52nd. Instead of massive success or crippling failure, we got the most Arizona State season possible.

3. USC has had enough issues of the field but how will the Trojans bounce back on the field in  2019. Both offense and defense have regressed in each of Helton’s years, but he did his best to liven up the offense, (eventually) bringing in OC Graham Harrell.

Harrell’s is a variety-heavy attack, and USC has a deep skill corps. If QB JT Daniels can steer the ship, improvement is forthcoming.

The defense has to replace most of its secondary and maybe its best two LBs. The defensive front should be solid, but it’s youth galore elsewhere.

The schedule my goodness. USC is projected to play in nine one-score games, including each of the first four. So many different outcomes on the table.

Sports That Matters Powered By  INTERTOPS Sign-Up | Make a Deposit | Get Bonuses October 20, 2019 One of the most underrated aspects of college football is how dramatically and unexpectedly the pretenders reveal themselves. When you looked at Wisconsin’s schedule this year, particularly the way the Badgers played in the early part of the […]

Sports That Matters Powered By  INTERTOPS Sign-Up | Make a Deposit | Get Bonuses September 30, 2019 Chicago Cubs president of baseball operations Theo Epstein on Monday outlined the qualities he wants to see in his next manager, and confirmed that former catcher David Ross is among the team’s “broad list” of candidates. “We haven’t called […]

Sports That Matters Powered By  INTERTOPS Sign-Up | Make a Deposit | Get Bonuses October 26, 2019 Skylar Thompson and Kansas State dealt a big blow to No. 5 Oklahoma’s national title hopes. The Wildcats’ quarterback threw for 213 yards while running for four touchdowns, the defense did just enough against Heisman Trophy contender Jalen […]