Welcome back hope you are having a great weekend. Thanks for stopping by!

As fears mounted that the Los Angeles Lakers had pushed to the cusp of creating an unprecedented Big Three, the LA Clippers made a blockbuster trade for Oklahoma City‘s Paul George and cleared the path for free-agent Kawhi Leonard to sign a four-year, $141 million contract with the Clipper. The Thunder were getting Shai Gilgeous-Alexander and Danilo Gallinari from the Clippers.

Restricted free-agent center Ivica Zubac has agreed to a four-year, $28 million deal to stay with the LA Clippers.

jerry west continues to get the job done…

Jerry West has a nickname Mr. Clutch despite the fact that he only won one title. The NBA designed its logo on his likeness. Now he has pulled off the biggest coup not just getting Kawhi Leaonard but Paul Goerge to make the LA Clippers odds on favorites to win the NBA Title.

West won three titles as the GM of the Lakers, making moves like drafting James Worthy and trading Norm Nixon for Byron Scott, before being promoted to executive VP of Basketball Operations. The next summer, he cleared cap space and convinced Shaquille O’Neal to come to Los Angeles, and at the same time targeted Kobe Bryant out of high school to be the Robin to Shaq’s Batman.

He left the Lakers in 2000, he went to Memphis in 2002 and built another force in the Western Conference, helping the Grizzlies advance to the postseason three times in his five years.

In 2011, West joined the Warriors. He famously opposed trading Klay Thompson to Minnesota for Kevin Love in 2014, helping to save the Splash Brothers, after lobbying to draft Thompson in 2011. West is also widely credited with helping seal the deal with Kevin Durant in free agency in 2016. Back-to-back titles ensued.

The Clippers add West as a consultant in 2017, now at 81 years young, turned down retirement and embraced the challenge of building another contender. Who knew it would happen this quickly.

Oklahoma City All-Star guard Russell Westbrook and his agent, Thad Foucher, are engaged with Thunder general manager Sam Presti about the next steps of Westbrook’s career, including the possibility of a trade before the start of next season.

The Los Angeles Lakers have agreed to a one-year deal with free-agent center DeMarcus Cousins. They are also bringing back point guard Rajon Rondo on a two-year contract.

Free-agent guard Danny Green will sign a two-year deal with the Los Angeles Lakers, the deal is worth $30 million.

The Washington Wizards are trading Dwight Howard to the Memphis Grizzlies for CJ Miles.

As part of a Memphis Grizzlies–Phoenix Suns trade that includes four players, Kyle Korver is on his way to the Suns — who plan to waive the guard and allow him to become a free agent.

2. US Women’s Soccer set to be on the biggest stage. 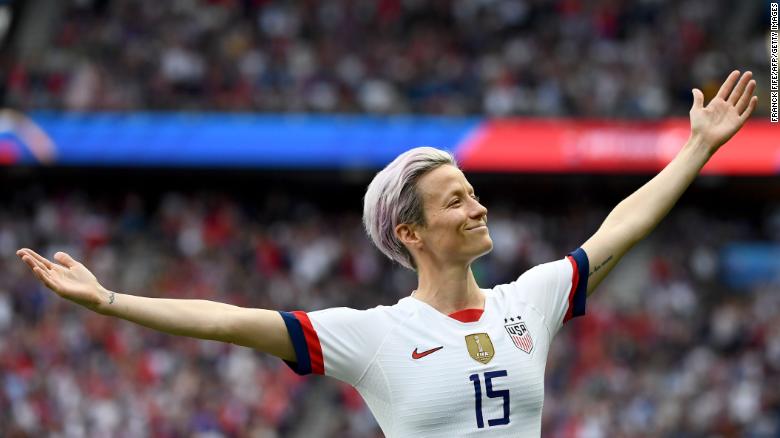 The U.S. women’s soccer team will meet the Netherlands in the Women’s World Cup final Sunday.

The U.S. are looking for their fourth World Cup title, while it’s the first time the Netherlands will be in the final match. The U.S. are also in their third straight World Cup final. The Americans defeated Japan in 2015, avenging defeat from the same team in 2011.

FiveThiryEight.com has the USA with a 66% chance to win the World Cup Final.

On the Dutch side, Jackie Groenen’s momentum will hope to carry the Netherlands past the U.S. Vivianne Miedema is the squad’s top scorer with three goals.

But all eyes will be on their goalkeeper Sari Van Veenendaal, who had five saves against Sweden in the semifinal. The U.S. has been very aggressive in the first half of play in each of their games and it will be up to Van Veenendaal to really step up if the Dutch defense breaks down.

3. Boston Red Sox struggled out of the gate defending their 2018 World Series Championship but haven’t gotten back to championship form.

At just 44-40 on the season, the Sox are far behind the pace set by their 2018 World Series team, which won 108 games in the regular season and then went 11-3 in the playoffs to capture the franchise’s fourth Commissioner’s Trophy since 2004.

The Red Sox haven’t won back-to-back titles, however, and Henry noted that following up a championship run has been a challenge.

The rotation has been largely carried by David Price and Chris Sale, the latter of whom has looked like his traditionally dominant self after a subpar April.

But Rick Porcello and Eduardo Rodriguez haven’t pitched well, while the fifth starter’s spot has been a revolving door of shaky performances since Nathan Eovaldi has spent much of the year on the injured list.

The Boston Red Sox have had a terrible habit of blowing late leads this season, and they appear intent on fixing that. According to Jon Heyman of MLB Network, the Red Sox are “quietly” surveying the market for relief pitching, and many executives expect them to make a move by the July 31 deadline.

With the July 31 trade deadline coming up, the Red Sox are candidates to acquire an established closer for the stretch run, but it appears they’re primed to turn to a more unconventional in-house solution to succeed Craig Kimbrel. They’re planning to use starter Nathan Eovaldi as their closer when he returns from the injured list, Tom Caron of NESN reports.

The $30M+ in dead money still on the books for Rusney Castillo and Pablo Sandoval, the Sox have roughly $100M committed to players who have combined for only +0.6 fWAR in 2019.

Red Sox will have a tough time with the Yankees and Rays taking two playoff spots in their own division.

Sports That Matters Powered By  INTERTOPS Sign-Up | Make a Deposit | Get Bonuses October 28, 2019 The road team was victorious once again. The Houston Astros cruised to a 7-1 victory over the Washington Nationals in Game 5 of the World Series on Sunday night. Washington suffered its first blow hours before the game […]

Sports That Matters Powered By  INTERTOPS Sign-Up | Make a Deposit | Get Bonuses October 7, 2019 Zack Greinke’s Astros playoff debut was a dud, a dismal display that only aided in another chapter of Charlie Morton’s elimination game greatness. Matched against his beloved former ballclub in a do-or-die situation, Morton outclassed Houston’s heralded deadline acquisition […]

This is Boston’s dance, and the rest of the conference is just spectating. A league source close to the situation told the Sun-Times on Tuesday that Kyrie Irving and former Bulls All-Star Jimmy Butler are still trying to figure out a way to play together. Whether that means the Celtics try and acquire Butler this […]