Welcome back have a great week ahead! 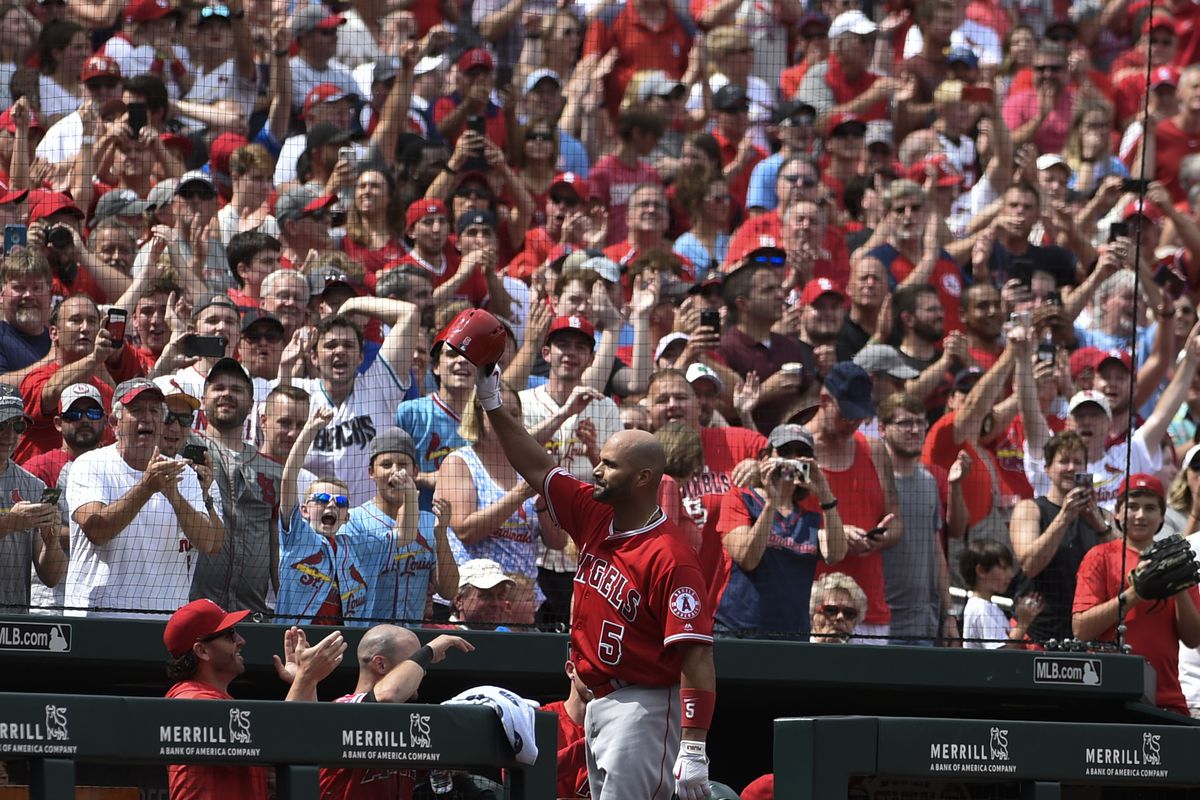 New York Mets manager Mickey Callaway cursed at a reporter, and pitcher Jason Vargas had to be restrained from charging him during a confrontation in the team’s clubhouse after a loss Sunday.

Will Smith had seen fellow Los Angeles Dodgers rookies Matt Beaty and Alex Verdugo deliver walk-off homers during their weekend series against the Colorado Rockies. Hours after being called up from the minors on Sunday, it was Smith’s turn to join the fun.

A woman at Dodger Stadium was taken to a hospital Sunday for precautionary tests after being struck in the head by a foul ball from Los Angeles star Cody Bellinger during the first inning of a game against the Colorado Rockies.

Javier Baez hit a milestone homer to win a game after Pete Alonso went deep once again to set a team record. Baez cracked the 100th homer of his career, a three-run drive in the eighth inning as the Chicago Cubs overcame another home run by Alonso to beat the New York Mets 5-3 on Sunday.

New York Mets first baseman Pete Alonso hit his 27th home run of the season Sunday to set the franchise rookie record. Alonso’s homer in the top of the fourth inning off the Chicago Cubs‘ Cole Hamels traveled 454 feet to center at Wrigley Field. The home run is tied for his second-longest this season.

Bobby Bradley doubled and drove in a run in his first major league plate appearance as the Cleveland Indians completed a three-game sweep of the Detroit Tigers with an 8-3 victory on Sunday afternoon.

The Washington Nationals finally ran out of patience waiting for Trevor Rosenthal to throw strikes following his return from Tommy John surgery.

Vanderbilt coach Tim Corbin gets right to the point when he discusses his protege, Erik Bakich. He’s proud of him. He’s impressed with what he has accomplished at Michigan. He’s his biggest fan.

Corbin’s Commodores and Bakich’s Wolverines have never played each other. That changes Monday night when they open the best-of-three College World Series finals at TD Ameritrade Park.

While the selections of Jack Hughes and Kaapo Kaako and the P.K. Subban trade all got their deserved attention during the NHL draft, one of the biggest crowds of the weekend surrounded a 59-year-old team executive and a Hollywood filmmaker.

France survived its first knockout match and advanced to the quarterfinals when captain Amandine Henry redirected Amel Majri’s free kick for a tiebreaking goal in the 107th minute of a 2-1 victory over Brazil on Sunday night at Le Havre.

Hannah Green never felt more nervous than standing over a 5-foot par putt Sunday at Hazeltine National with a chance to win her first major at the KPMG Women’s PGA Championship.

Martin Truex Jr. and Kyle Busch have managed to keep their long-standing rivalry quite friendly during their first season as teammates at Joe Gibbs Racing.

Chez Reavie is a PGA Tour winner again after 11 years and 250 events.

Chez Reavie won the Travelers Championship on Sunday, closing with a 1-under 69 for a four-stroke victory over Keegan Bradley and Zack Sucher.

Jerry Kelly won his hometown PGA Tour Champions event, beating Retief Goosen with a birdie on the third hole of a playoff Sunday in the American Family Insurance Championship.

2. NHL commissioner and union chief are in favor of rebooting the World Cup of Hockey tournament and holding it every four years.

With labor talks having already begun on an informal basis, NHL Commissioner Gary Bettman and union chief Don Fehr are in favor of rebooting the World Cup of Hockey tournament and holding it every four years.

During the NHL draft weekend in Vancouver, British Columbia, he prefers to have both the World Cup and Olympics on the calendar. And he expects that to be a topic of discussion with formal labor negotiations set to begin this summer.

The stumbling block to laying out a long-term calendar of international competition, however, revolves around the hot-button topic of the NHL competing at the Winter Olympics after skipping out on South Korea last year.

Bettman is on board when it comes to the World Cup. “We think that’s a great event and it’s something we’ve been trying to work out for more than two years,” he said. “We’re all in favor of setting an international calendar, and it takes two to tango, so to speak.”

Players are unhappy with the league’s decision to skip the most recent Winter Games after having participated in the previous five. Shutting down the regular season for two weeks is an issue for owners, as was the time difference regarding South Korea, with games being played in the early morning for North American audiences.

Though resolving a way to reduce the percentage of players’ salaries being held is by far the NHL Players’ Association’s most pressing concern with the collective bargaining agreement, international competition is also on the list.

The owners and players face separate deadlines in September to decide whether to opt out of the current CBA, opening the possibility of another work stoppage affecting the 2020-21 season

Spain faces the top-ranked U.S. team Monday in Reims, marking the first time La Roja will appear in the knockout round at the World Cup.

Spain coach Jorge Vilda says part of the challenge in facing the United States is making sure his players aren’t intimidated by the defending Women’s World Cup champions.

The United States had an easy time through its group with a stage record 18 goals. The team didn’t concede a goal in the group for the first time at a World Cup.

It’s going to be hard for Spain when they see a front line that includes Alex Morgan, Megan Rapinoe and Tobin Heath.

“I think this is the best team we’ve had,” Ali Krieger said. “We’re so confident right now. We’re so motivated to want to win and succeed.”

Coach Jill Ellis said Julie Ertz and Morgan were “fine” but didn’t elaborate. Ertz missed the team’s final group-stage match, a 2-0 victory over Sweden, because of a hip contusion. Morgan did not play in the second half because of a couple of hard collisions in the first.

This is how the U.S. will likely line up against Spain:

Spain, playing in its second World Cup but making its first appearance in the knockout round, finished second to Germany in its group to draw the United States.

Spain is getting better recently having won the 2017 Algarve Cup and last year won the Cyprus Cup, while also finishing in the final eight of the UEFA Women’s Euro.

This is just the second meeting all-time between the two countries. The previous match was actually this year, back on Jan. 22. It was a 1-0 win for the U.S. with a goal from Christen Press in the 54th minute.

That match saw the U.S. record nine shots to Spain’s four, and 22 of the 25 players for Spain that day are on the World Cup roster.

Sixteen of the 17 players who played for the U.S. in that game are on this current World Cup roster.

The winner Monday will play fourth-ranked France, which defeated Brazil 2-1 on Sunday.

One Big Thing, On This Day, What’s New

Sports That Matters Powered By  INTERTOPS Sign-Up | Make a Deposit | Get Bonuses December 12, 2019 One Big Thing: Allegations became public record that the Patriots were videotaping Bengals play calls in last week’s game against the Cleveland Browns. The New England Patriots are set to take on the Cincinnati Bengals Sunday with an […]

January 14, 2020 One Big Thing: Joe Burrow Had The Best Season Ever In College Football Joe Burrow capped his record-breaking, Heisman-winning season by bringing a national championship to LSU. Burrow threw five touchdown passes, ran for another score and capped one of the greatest seasons in college football history by leading No. 1 LSU […]