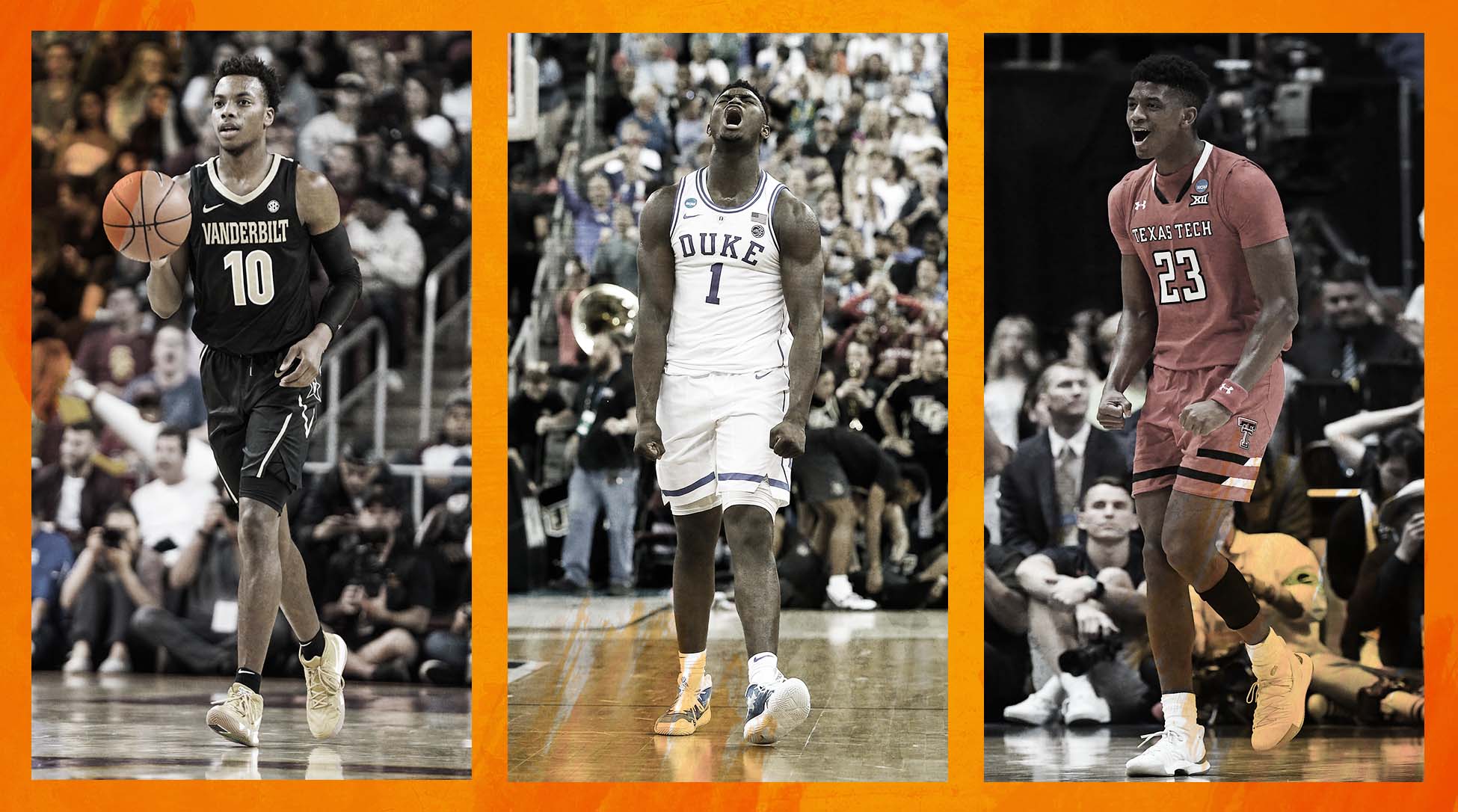 The shape of the draft took its first major turn over the weekend, as the Pelicans dealt Anthony Davis to the Lakers for a motherlode of assets, including the No. 4 pick.

Josh McCown was sometimes the starting quarterback, often the backup and always among the most-respected and well-liked players in whatever locker room he was in. McCown, who turns 40 on July 4, wrote in a piece for The Players’ Tribune posted Monday that he is retiring from playing football after an NFL career that spanned 16 NFL seasons and included stints with 10 teams.

Marshall Gilbert hit a bases-loaded single up the middle that capped a four-run ninth inning and gave Mississippi State a 5-4 walk-off victory over Auburn in the College World Series on Sunday night.

Austin Martin is best known as Vanderbilt’s .400 hitter. He’s starting to get a reputation for his power. Martin homered on Reid Detmers’ first pitch of the game and he went deep again in the seventh to break a tie in the Commodores’ 3-1 victory over Louisville on Sunday in the College World Series.

Earlier this month, the Illinois legislature passed a bill that authorized sports betting online, at casinos, at racetracks and at sports facilities with a seating capacity greater than 17,000.

The Chicago Cubs have considered opening a sportsbook at Wrigley Field. Betting windows, automated kiosks and even a full-blown sportsbook venue inside the stadium are among the options.

Gary Vaynerchuk and Topps have teamed up on a collaboration that will see Gary Vee’s Top Entrepreneurs in Baseball as a surprise insert set in 2019 Topps Series 2 Baseball. Instead of game stats, the cards spotlight the off the field business ventures of the ten players in the set.

Raptors fans decked out in team gear are jamming downtown Toronto for a parade for the NBA champions.

The Golden State Warriors took out a full-page ad in Monday’s edition of the Toronto Star to congratulate the Toronto Raptors on their NBA title.

According to the NBA, 56% of the Canadian population (20.5 million viewers) watched all or part of the 2019 NBA Finals. The series accounts for six of the top 10 most-watched TV programs in Canada in 2019.

New Balance since signing Kwahi Leonard at the beginning of the season have seen a significant uptick in conversation around the brand. That conversation has turned to sales too, as Leonard’s 2-Way Pack sold out in less than a minute.

Giannis Antetokuonmpo may have helped his team win 60 games and earn the No. 1 seed in the NBA during the regular season. In fantasy sports, James Harden was the biggest winner, registering the most points over the 2018-19 season to claim NBA Most Valuable Player honors from DraftKings. Harden averaged 64.53 fantasy points per game, about 5 more than Russell Westbrook and 7 more than Antetokuonmpo.

The 17 year old brother of Lonzo Ball, LaMelo Ball has joined the Illawarra Hawks of the Australian National Basketball League on a two-year deal with NBA out clauses.

Very soon, Gary Woodland will be a father of three, and odds are he’ll answer the same way about the kids as he will about the three shots that cemented him as a U.S. Open champion. Which is his favorite? They’re all perfect in their own, special way.

Brooks Koepka brought his ‘A’ game to Pebble Beach on Sunday, hoping it would be good enough to make history. Koepka’s round of 3-under 68 left him three strokes short of Woodland, who stopped Koepka’s quest to become the first player since 1905 to win three straight U.S. Opens. Koepka did make history by becoming only the fourth player to break 70 in all four rounds of the U.S. Open

Wasserman executive Steve Astephen announced via IG this weekend that he is leaving to start his own agency. His previous agency, The Familie, was one of Wasserman’s first acquisitions in 2003.

Powerade has made a commitment to help continue the growth of soccer in the U.S. by helping create better access to the sport. The company launched its “Power Has No Gender” campaign as the official sports drink of the U.S. Women’s National Team and partnered with the U.S. Soccer Foundation to build three small soccer fields in honor of current players: Alex Morgan in Los Angeles; Crystal Dunn in New York; and Kelley O’Hara in Atlanta.

El País and other Spanish papers report that La Liga the league in which Real Madrid and FC Barcelona play has been fined 250,000 euros by the Spanish data-protection agency for improperly notifying users that it was using their microphones and location data to listen in and find bars that were pirating streams of soccer games.

AEG has partnered with the CJ LiveCity Corporation to pursue building a state-of-the-art arena in Seoul’s Goyang City in the Gyeonggi Province of Korea.

CJ LiveCity is a subsidiary of CJ Group which owns the largest media and entertainment company in Korea and will join AEG in building the 20,000-capacity Seoul Metropolitan Arena.

Four years ago, when the videogame industry gathered in Los Angeles for the Electronic Entertainment Expo of 2015, many felt as if change was in the air.

May 15th, 2019 Welcome back trying a new format, let us know?! What’s New: NATIONAL BASKETBALL ASSOCIATION The Golden State Warriors defeated the Portland Trail Blazers in Game 1 of the 2019 Western Conference Finals by a final score of 116-94. Stephen Curry tied his career-high for three-pointers made in an NBA Playoffs game with […]

Michael Bari Sports Show Daily May 1st, 2019 Welcome back, start May off with a BANG! What’s New: The price tag on the Los Angeles 2028 Olympics is now $6.88 billion, a $1.36 billion increase that comes mainly because of accounting measures designed to better reflect inflation over the long lead-up to those games. Amazon […]