Welcome back, NHL Stanley Cup Game 7, doesn’t get much better then that!

The Athletic, the media company raised a total of $22 million more from their current investors earlier this year.

What impact Stephen A. Smith’s increased workload will have on his next contract negotiations, his current deal runs through 2021.

Renee Young is highly likely to be the host of the weekly WWE studio show on FS1, FOX will air WWE Smackdown on the broadcast network beginning this Fall, and in April Triple H announced on First Things First that there will additionally be a weekly studio show will FS1 on Tuesday nights.

ESPN has had serious discussions about promoting Dan Orlovsky and adding Matt Hasselbeck in college football broadcast booths this season.

2. Sports money finding ways to use unique ways to move a product…

As Miller Lite’s push into esports continues, the brand has rolled out what they are calling the “Cantroller”, a beer can that is also a functioning gaming controller.

According to Chris Grove, the managing director for sports and emerging verticals at research firm Eilers & Krejcik Gaming, if sports betting was legal nationwide, media companies would make between $3 billion and $5 billion in additional revenue annually.

According to media buyers interviewed by Anthony Crupi of AdAge, the network is asking north of $200,000 for each 30-second ad unit for Wednesday’s Blues-Bruins broadcast.

3. National Basketball league finals keep the Warriors alive to live another day, as other teams make deals to get better…

Golden State forward Kevin Durant has an injured right Achilles, a massive blow for the perennial All-Star and two-time NBA Finals MVP who may be three weeks away from free agency and could also be facing a long rehabilitation process.

The NBA Finals are making one last trip to Oracle Arena. For the Toronto Raptors, it’s a second shot at a first championship. For the Golden State Warriors, it’ll be a night to play for a fallen teammate and the fans they’re leaving behind.

NBA free agency news is just getting started. Teams and players will be allowed to begin negotiations on the afternoon of June 30. Additionally, teams might communicate with free agents as early as the afternoon of June 29. The first two days of free agency in 2018 included Paul George and LeBron James making major decisions — what will Kawhi Leonard, Kevin Durant, Kyrie Irving and others do this year?

4. National Football League news as pre-season nears…
The Indianapolis Colts will gladly play it safe with Andrew Luck. Frank Reich announced Tuesday that his starting quarterback would sit out this week’s three-day minicamp, the final portion of Indy’s offseason workouts. Luck promised he would return to practice when the Colts report to camp in late July.
Veteran tight end Kyle Rudolph agreed to a contract extension with the Minnesota Vikings. Rudolph’s new deal is worth $36 million over four years.
Four-time Pro Bowl defensive end Cameron Jordan and the New Orleans Saints reached agreement on a three-year contract extension that will contractually tie the two sides together for the next five seasons.
When the Kansas City Chiefs held a news conference recently to introduce new defensive end Frank Clark, the player who showed up first to publicly welcome him wasn’t one of their long-time veterans. It was another new arrival, safety Tyrann Mathieu.
Baltimore Ravens defensive tackle Michael Pierce‘s first appearance of the spring ended abruptly Tuesday when he was sent off the field at mandatory minicamp for a lack of conditioning.
What is supposed to be their final training camp as the Oakland Raiders before next year’s planned move to Las Vegas will be documented like never before, as the team announced Tuesday that it will star in HBO’s reality series “Hard Knocks” come August.

Zach Ertz is cheering for his wife in the Women’s World Cup from minicamp for only a few days.The Philadelphia Eagles‘ two-time Pro Bowl tight end is heading to France on Friday to watch his wife, Julie Ertz, compete with the U.S. team. The defending champions opened with a record-breaking 13-0 rout of Thailand on Tuesday night.

The Dr. Z Award is given for lifetime achievement as an assistant coach in the NFL and is named for Zimmerman, who covered the NFL for 29 years as Sports Illustrated’s pro football writer. Mike Westhoff and the late Gunther Cunningham have won the 2019 Paul “Dr. Z” Zimmerman Award from the Professional Football Writers of America.
A California jury that convicted former NFL player Kellen Winslow Jr. of raping a 58-year-old homeless woman was unable to break a deadlock on eight other counts Tuesday and a judge declared a mistrial on those charges.
5. Soccer news from Women’s World Cup US has easy time with Thailand…
Alex Morgan scored the opener 12 minutes in before the U.S. added two more through Rose Lavelle and Lindsey Horan. The three-time World Cup winners finished the first half with 15 shots and 73 percent possession.
Alex Morgan tied the tournament record with five goals and the United States opened with a historic 13-0 rout of Thailand on Tuesday night.
Morgan tied Michelle Akers’ record for World Cup goals, set in the quarterfinals against Taiwan in 1991. The team’s seven different scorers also set a tournament record.
Samantha Mewis and Rose Lavelle each added a pair of goals for the United States, which broke the record for goals and margin of victory in a World Cup game.
Rapinoe, Lindsey Horan, Mallory Pugh and Carli Lloyd also scored.
Lloyd, 36, became the oldest American woman to score at a World Cup and joined Germany’s Birgit Prinz as the only players to score in five straight World Cup games.
Thailand, ranked No. 34 in the world, was clearly outmatched even though the team has shown progress on the world stage. Making its World Cup debut in 2015 four years ago, Thailand finished third in its group but earned its first win, a 3-2 victory over Ivory Coast.
FIFA’s attempt to hype Women’s World Cup ticket sales didn’t go exactly as planned. The opening weekend taking place against the backdrop of many empty seats, FIFA came clean on Tuesday after providing misleading information.

The Boston Bruins and St. Louis Blues will play the 17th Game 7 in the history of the Stanley Cup Final at TD Garden.

It’s the first Game 7 since the Bruins defeated the Vancouver Canucks 4-0 at Rogers Arena in 2011.

The Bruins will host a Game 7 in the championship round for the first time in their 95-year history.

Boston is going for its seventh Stanley Cup championship and St. Louis its first since entering the NHL in 1967.

Each team has won a Game 7 during the 2019 playoffs. Boston in an 5-1 win against the Toronto Maple Leafs. St. Louis at 2-1 victory against the Dallas Stars.

Bruins defenseman Zdeno Chara will play in his 14th Game 7 to pass Patrick Roy and Scott Stevens for most in NHL history.

Bruins goalie Tuukka Rask is 3-0 with a 1.34 goals-against average and .953 save percentage when facing elimination during the 2019 playoffs.

Jordan Binnington turned the Blues’ season around in January when Binnington became the starter, and the rookie sensation hasn’t let up in the playoffs.

Alex Pietrangelo has 15 assists and 17 points that are most by a St. Louis defenseman.

Boston’s Torey Krug is the only player with more assists (16) and only defenseman with more points (18) than Pietrangelo in the 2019 playoffs.

The St. Louis Blues’ bid for NHL history, to become the first team to win the Stanley Cup after being last in the League standings after playing at least 30 regular-season games (they were 31st through 37 games on Jan. 3).

Eddie Olczyk already bounces back and forth during the spring between the NHL playoffs and horse racing’s Triple Crown. Olczyk will go from the broadcast booth at Boston’s TD Garden for Game 7 of the Stanley Cup Final to Ascot Racecourse in England to work his first Royal Ascot. 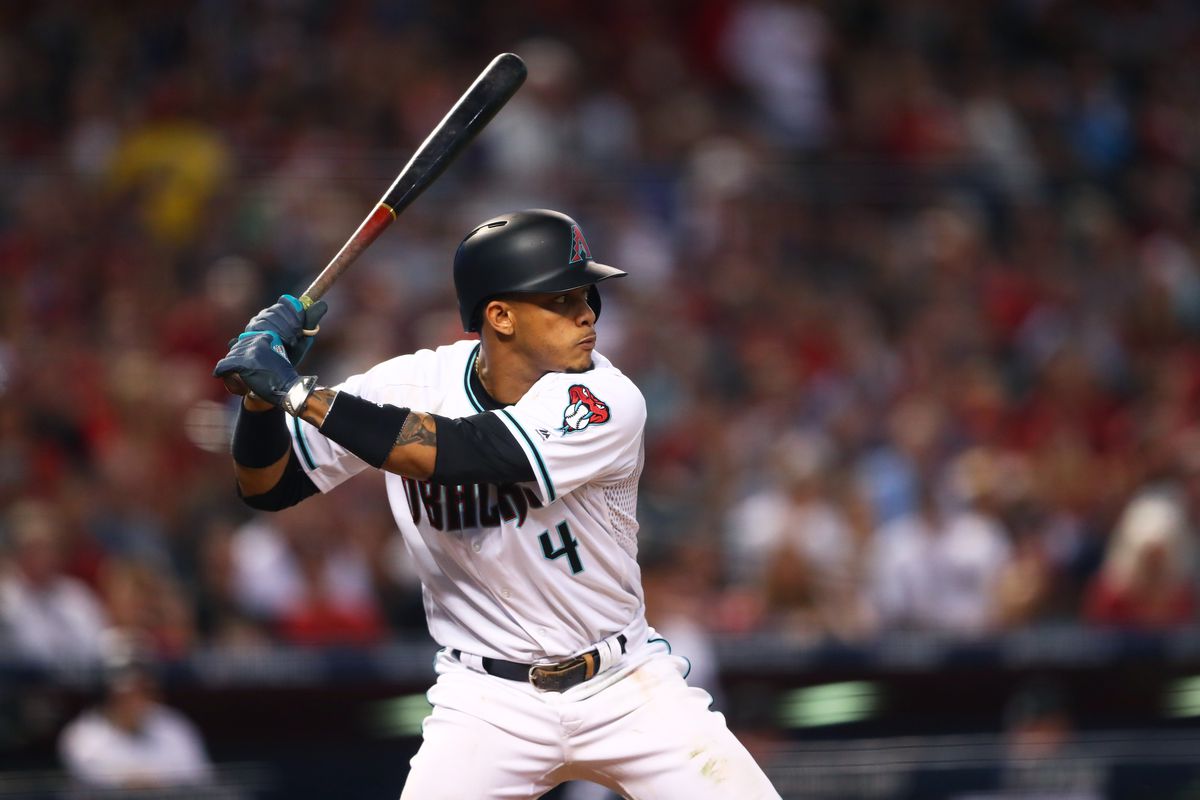 A wounded David Ortiz was recovering from exploratory surgery in Boston on Tuesday as investigators in his native Dominican Republic tried to figure out who shot the former Red Sox slugger and why.

The Arizona Diamondbacks got to play Home Run Derby in Philly. The Diamondbacks hit three straight home runs to open the game and finished with a team-record eight in a 13-8 win over the Philadelphia Phillies in a homer-happy game on Monday night. Tuesday the five game winning streak was busted with a 7-4 loss to the Phillies.

Baltimore Orioles rookie John Means tied a season-high with seven strikeouts and the Orioles took the series opener from the Toronto Blue Jays 4-2 on Tuesday night.

Pete Alonso hit a three-run homer in the first inning off an ineffective James Paxton, J.D. Davis and Carlos Gomez also went deep, and the New York Mets beat the Yankees 10-4 for a split of their day-night Subway Series doubleheader Tuesday.

Rookie Oscar Mercado hit a bases-loaded single with one out in the 10th inning, leading the Cleveland Indians to a 2-1 victory over the Cincinnati Reds in the intrastate matchup Tuesday night.

Mike Fiers (6-3) allowed two runs and three hits, and is 4-0 in seven starts beginning with his no-hitter against Cincinnati on May 7, pitched six effective innings, Matt Olson and Khris Davis hit consecutive homers, and the Oakland Athletics beat the Tampa Bay Rays 4-3 on Tuesday night.

Rookie Yordan Alvarez hit one of Houston’s four home runs to become the first player in franchise history to homer in his first two major league games and lead the Astros to a 10-8 win over the Milwaukee Brewers on Tuesday night.

Jorge Soler had the tying RBI double in the eighth inning and Cheslor Cuthbert followed with the go-ahead run-scoring single to lead the Kansas City Royals to a 3-2 victory over the Detroit Tigers on Tuesday night.

The Minnesota Twins have signed their first-round draft pick, high school infielder Keoni Cavaco. Cavaco finalize his contract, which came with a $4.05 million signing bonus. That’s $147,300 below the assigned slot value for the 13th overall selection.

Hall of Famer Jim Thome and former pitcher Dennis Martinez will be the managers in a revamped All-Star Futures Game at Cleveland on July 7. In its 21st year, the game is switching formats and will match American League prospects against National League prospects. Previously, a world team faced U.S. players.

The Los Angeles Dodgers needed a strike interrupted season and a pitching sensation named Fernando Valenzuela to win a championship in 1981. More important for the Dodgers, perhaps, is that they found a way that year to connect with Hispanic fans who nearly four decades later are still loyal supporters of the team.

NFL Postseason Could Expand To 14 Teams In New CBA

February 20, 2020 According to ESPN’s Adam Schefter, the NFL and the NFLPA’s current new collective bargaining agreement proposal would boost the sport’s postseason from six teams per conference to seven. In addition, only one team from each conference would receive a first-round bye, according to Schefter, as opposed to two. Under the current CBA proposal that NFL owners are pushing for, the playoff field would be expanded to seven […]