Welcome back hope you had a great weekend! Back to the grind.

Make sure you click the “My Take” Page for the latest sports commentary.

1. The Golden State Warrior even the series with the Toronto Raptors with a 109-104 victory. Now the series goes to Oracle Arena in California. 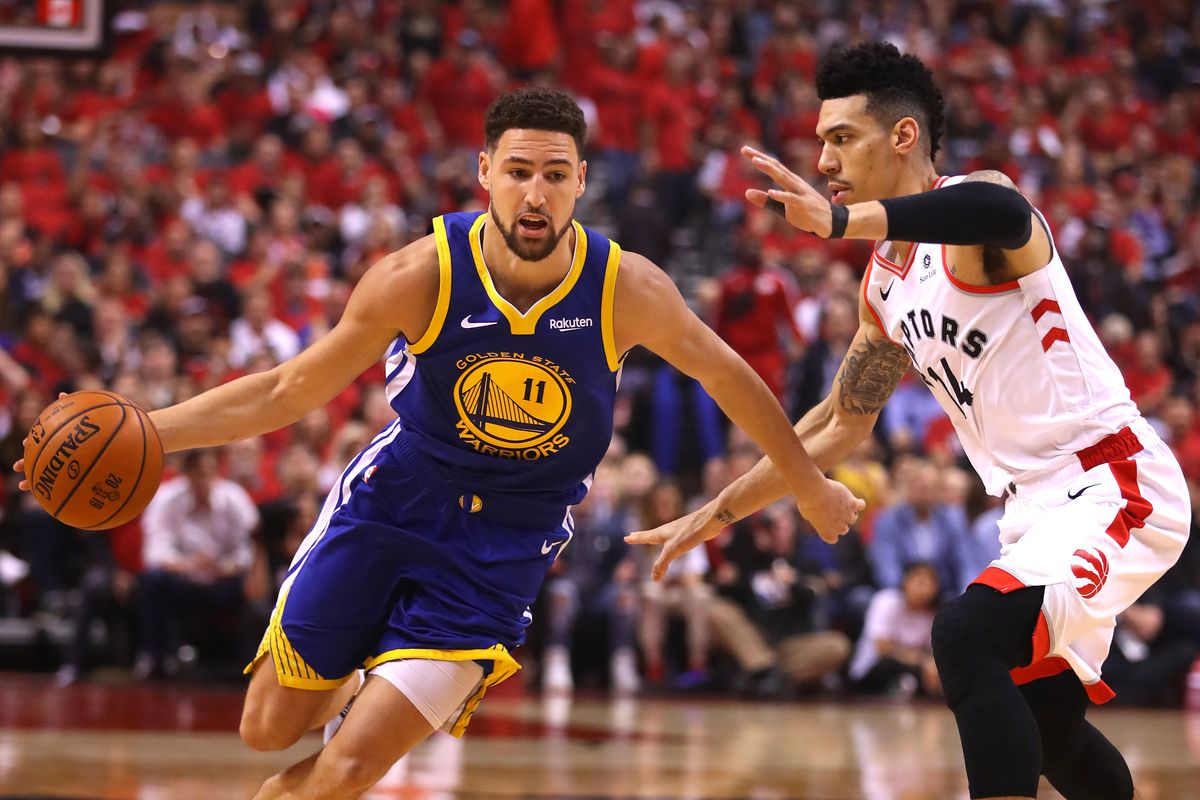 Additionally for the Warriors, Klay Thompson, Draymond Green, DeMarcus Cousins, and Andre Iguodala became the first quartet of teammates with at least 5 points, 5 rebounds and 5 assists in an NBA Finals game since Willis Reed, Walt Frazier, Dave DeBusschere and Dick Barnett did so for the Knicks in Game 1 of the 1970 Finals.

2. Major League Baseball annual Draft is full of talent, which teams will make the right decisions? The right picks can give a franchise life over the next five years.

The 2019 Draft will take place June 3-5, beginning with the Draft preview show on MLB Network and MLB.com at 6 p.m. ET on Monday. MLB Network will broadcast the first 41 picks (Round 1 and Competitive Balance Round A), while MLB.com will stream all 78 picks on Day 1. MLB.com will also provide live pick-by-pick coverage of Rounds 3-10 on Day 2, beginning with a preview show at 12:30 p.m. ET. Then, Rounds 11-40 can be heard live on MLB.com on Day 3, beginning at noon ET.

The Baltimore Orioles will lead things off for the second time in franchise history, and first since it selected LSU pitcher Ben McDonald in 1989.

Adley Rutschman from Oregon State is a Golden Spikes Award finalist and the Pac-12 player of the year, has been linked to the Orioles at No. 1 for most of the college season.

Baltimore general manager Mike Elias said. “Any time you’re picking high in the draft, not just the No. 1 pick, but a top-10 pick, you’ve got a pretty good shot of really getting a franchise cornerstone. But it’s not a 100% shot by any stretch of the imagination. It’s probably more like 50-50 if you look at the historical records of it. So you feel a lot of pressure. There’s a big upside to the opportunity, but nobody has a crystal ball and it’s not easy to nail.”

Corbin Carroll, OF, Lakeside H.S. (Washington), 18 years old, 5-11, 161. Carroll is a speedster committed to play at UCLA, but expected to be top-10 pick. Lacks size of most premier prospects, but not tools. Gatorade’s Washington state player of year hit .540 with nine home runs and 26 RBIs from left side of plate while playing excellent defense in center field.

Shea Langeliers, C, Baylor, 21 years old, 6-foot, 190, junior. Langeliers was the outstanding defensive catcher threw out 14 of 25 would-be base stealers. Would be shoo-in for first catcher selected if not for Oregon State’s Adley Rutschman. Has a powerful smooth right-handed swing. Hit .308 with 10 homers and 42 RBIs. Set NCAA Tournament record with 11 RBIs in three-homer game.

Alek Manoah, RHP, West Virginia, 21 years old, 6-6, 260, junior. He is the unanimous Big 12 pitcher of year, who had a school-record 144 strikeouts while going 9-4 with 2.08 ERA and just 27 walks in 108 1/3 innings. Imposing power pitcher slings fastball in mid- to upper-90s. Also mixes in solid slider and changeup. Went undrafted out of high school, but led Cape Cod League in strikeouts last summer. Had scoreless streak of 33 1/3 innings this season, span that included consecutive shutouts of Texas Tech and Kansas with 15 strikeouts in each game.

Jay Bruce is going from last place to the NL East-leading Philadelphia Phillies. The former All-Star was traded by the Seattle Mariners on Sunday in a deal that will cost the Phillies just $2.75 million over the next 1½ seasons.

Overcoming a four-stroke deficit at the start of the day, Patrick Cantlay, 27, recorded his second PGA Tour title and rose to No. 8 in the world by finishing at 19-under 269, one off the tournament record Tom Lehman set 25 years ago. Add his 64 in the third round and Cantlay also posted the second-lowest final 36 holes in tournament history, one off Curtis Strange’s 131 in 1988.

Kyle Busch matched Hall of Fame driver Rusty Wallace for ninth on the NASCAR Cup Series career victory list with 55. He won for the fourth time this season. And the season of JGR that already includes a Daytona 500 championship and a Hall of Fame nod for patriarch Joe Gibbs shows no sign of tapering off.

Scott Dixon won the Detroit Grand Prix, his first victory of the year and 45th of his career, just hours after being honored by Queen Elizabeth II.

Soccer star Neymar has responded to a woman’s allegation he raped her in Paris by issuing social media posts meant to show the accuser sent friendly messages following the alleged attack, and police turned up at a training session on Sunday to investigate.

Serena Williams lost 6-2, 7-5 to the 35th-ranked Kenin, ending her latest bid for a 24th Grand Slam title with her earliest loss at a major tournament in five years.

Alabama coach Patrick Murphy turned things over to a freshman in the most important game of the season, and she came through. Montana Fouts pitched a complete-game shutout, and Alabama defeated Arizona 2-0 in a Women’s College World Series elimination game.

MICHAEL BARI SHOW DAILY April 16th, 2019 Welcome back, have a wonderful Tuesday! WHAT’S NEW: The Indiana Pacers are staying in Indianapolis! According to Chris Sikich of the Indianapolis Star, the team and the city agreed to a 25-year deal that commits around $800 million in public funding to keep the team in town. Population wise, Denver is […]

March 14, 2020 The Arizona Diamondbacks have been a competitive team over the last three seasons, but they missed the playoffs in 2018 (82-80) and 2019 (85-77). In the team’s 22-year history, Arizona has one World Series title and six trips to the postseason. After adding starter Madison Bumgarner along with outfielders Starling Marté and Kole […]

THE MICHAEL BARI SHOW CLICK THE BAR BELOW   The Los Angeles Lakers made a number of moves this summer, including signing the biggest free agent of them all, LeBron James. They also added Rajon Rondo, Kentavious Caldwell-Pope, Lance Stephenson, JaVale McGee and Michael Beasley in free agency. It’s a motley crew of free agents […]