Check on the “My Take Page” for commentary on current sports news!

1. Looking ahead to Game 1 in the NBA Finals. 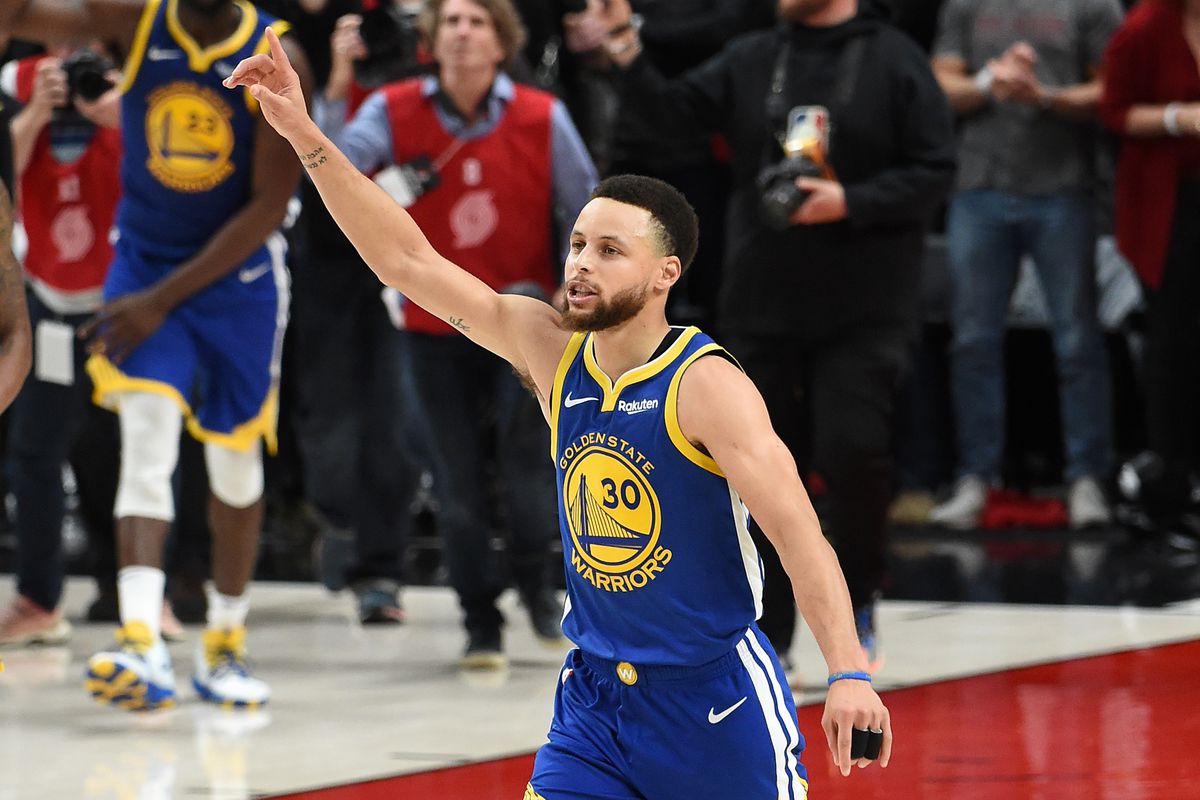 Kevin Durant traveled on the team’s charter to Toronto on Tuesday ahead of Games 1 and 2 of the NBA Finals, even though he has been officially ruled out of Game 1 with a strained right calf.

Durant injured his calf in Game 5 of the Western Conference semifinals against the Houston Rockets and has not played since.

Klay Thompson craved a little calm. The Golden State guard needed something more to balance out his basketball routine, so he added meditation to help him get centred before games and better deal with the pressures of NBA life.

Steph Curry has a special connection with the city of Toronto. He spent nearly two years living there when his father, Dell Curry, played for the Raptors. His wife, Ayesha, was born in Toronto.

Toronto Raptors Serge Ibaka is looking forward to battling former teammate Kevin Durant in the 2019 NBA Finals. Ibaka told reports that he has no plans to talk trash to Durant if ever the Golden State Warriors superstar manages to return at some point in the finals.

Pascal Siakam had to think about it. Which was a harder task, Joel Embiid or Giannis Antetokounmpo? This is a little like asking which killer mountain is harder to climb, K2 or Annapurna?

Eric Lewis and Kane Fitzgerald are heading to the NBA Finals for the first time.

Scott Foster has a long history with both the Warriors and Rockets. Earlier this season, he ejected Warriors center DeMarcus Cousins from the bench when he wasn’t even active.

Warriors guard Shaun Livingston was ejected for the first time in his NBA career nearly three years ago in the playoffs by Foster.

Kevin Durant is out for at least Game 1 of the Finals, the Warriors’ star forward had quite the run-in with referee Zach Zarba earlier this season. Zarba hit KD with his 14th and 15th technical fouls to eject him in a blowout win over the Nuggets.

With Golden State and Toronto possessing identical 23-43 records, as they finished the lockout-shortened season, a coin toss was held to determine which team would be slotted seventh going into the lottery drawing, and which would be eighth.

If that coin lands the other way, there’s a strong chance Draymond Green — who was acquired in that same 2012 draft never ends up in a Warriors uniform.

The Golden State Warriors are going to their fifth-straight NBA Finals, which means America’s Warriors fatigue and resulting hatred is about to get even worse. A map produced by gambling site BetOnline shows that all but three states are rooting for the Toronto Raptors in the 2019 NBA Finals.

Golden State’s playoff dominance, they have gone 75-24 in postseason play during the same five-year stretch, includes six series sweeps and six additional matchups in which the Warriors lost just one game.

Since the NBA changed to two conferences during the 1970-71 season, no team has won more than four consecutive conference championships.

In comparison the Boston Celtics were on another level from 1957-66 they won 10 consecutive conference championships, taking home nine NBA championships over that stretch as well.

There have only been five occasions in which a team won three or more consecutive NBA championships. The Celtics, and then four impressive groups which won three-straight titles, Minneapolis Lakers: 1952-54, Chicago Bulls: 1991-93, Chicago Bulls: 1996-98, Los Angeles Lakers: 2000-02

Stephen Curry has taken his game to another level with Durant sidelined. He’s averaging 35.8 points and shooting 41.7% from 3-point range in his last five games, which have all been Warriors wins.

The Raptors reached the finals for the first time in franchise history.

The Raptors are the first Eastern Conference team since the 2010 Celtics to reach the NBA Finals without LeBron James on their roster.

Leonard and James are the only players since 2014-15 to have 10 or more playoff games with at least 30 points in a single year. Leonard has already accomplished the feat 11 times with the Raptors this season.

Toronto entered the season as one of only seven NBA teams to never play for a championship. That number has now been reduced to six.

Kawhi Leonard is scoring 31.2 points and grabbing 8.8 rebounds in 18 playoff games this year.

Fred VanVleet reached double-digit scoring totals in three consecutive games and is shooting 82.4% from 3-point range (17-for-25) during that time frame. VanVleet was just 5 for 33 on attempts from behind the arc over his first 15 playoff games this postseason.

Golden State is currently favored to win the series against Toronto.

Steph Curry could be the Finals MVP, some believe he was deserving of the Finals MVP in 2015 and 2018 and could receive votes this year as a way of making up for past misjudgments.

Steph Curry is averaging 27.3 points, 6.3 rebounds and 5.6 assists per game in the playoffs so far.

Picking Curry might be a safe play but at 2/3 odds might not be the best value, since one has to bet thirty dollars to win twenty. 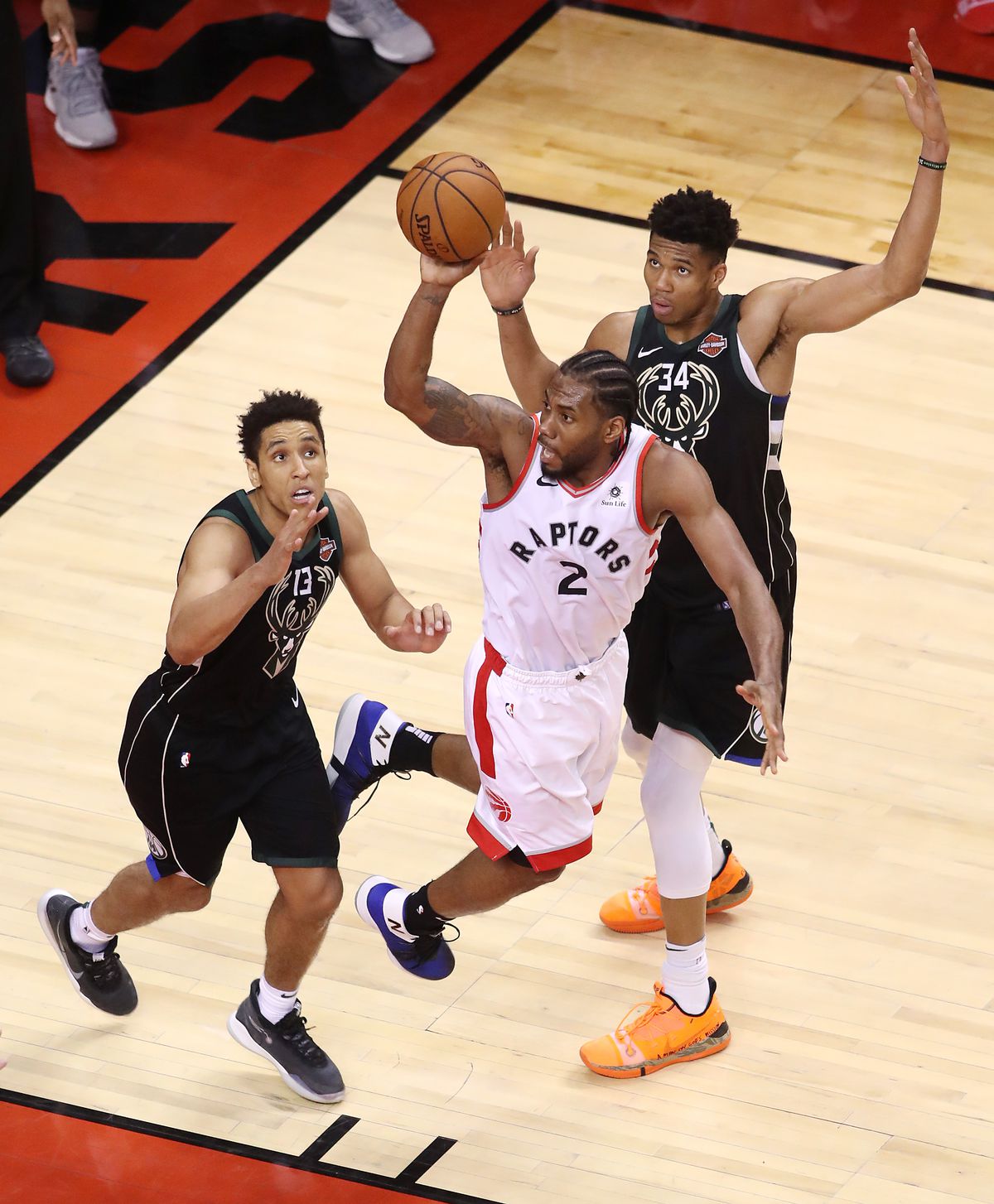 If you think the Toronto Raptors are going to win the championship, then picking Kawhi Leonard to win Finals MVP is your best bet at 11/4 odds.

If you are considering betting on Pascal Siakam at 40/1 or Kyle Lowry at 100/1 to win Finals MVP your reaching pretty far.

If the Raptors win the NBA Finals, Kawhi Leonard will be your Finals MVP. But again, that’s a big if, +244 odds to be precise.

Sports That Matters Powered By  INTERTOPS Sign-Up | Make a Deposit | Get Bonuses October 11, 2019 Last night, Golden State Warriors head coach Steve Kerr declined to make any critical comments about the Chinese government and offered this observation about those who are objecting to the NBA’s partnership in China: “The same people who […]