1. Why don’t we see the ping pong balls selected live in the NBA Draft?! 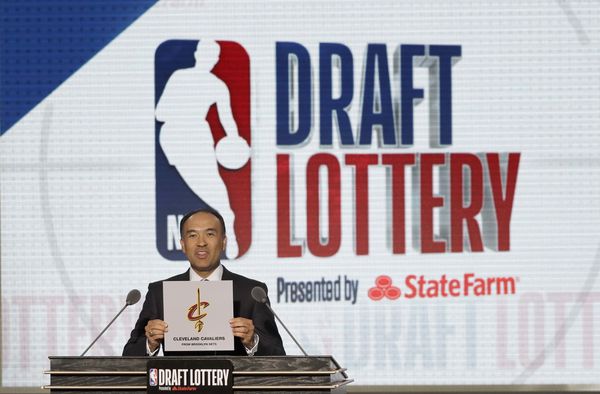 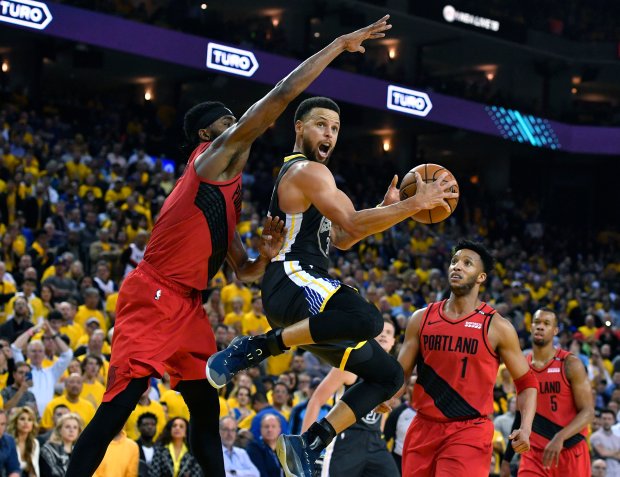 3. Boston Bruins sweep the Carolina Hurricanes and advance to the Stanley Cup Finals.

Arizona Diamondbacks starting pitcher Zack Greinke leaves the field with a trainer during the eighth inning of a baseball game against the Pittsburgh Pirates in Phoenix, Wednesday, May 15, 2019. (AP Photo/Matt York)

The Oakland Athletics hammered the Detroit Tigers 17-3 on Thursday, handing Detroit its fourth straight loss all at home. The A’s hit five homers and rapped out 16 hits while improving their road record to just 6-15.

Jason Kipnis homered twice and drove in a career-high six runs as the Cleveland Indians hammered the Baltimore Orioles 14-7.

Rougned Odor and the rest of the Texas Rangers had been using the Kansas City Royals beleaguered pitching staff.

Christian Yelich took advantage of the few pitches he saw in the zone. Yelich hit his major league-leading 17th and 18th homers to help Zach Davies and the Milwaukee Brewers beat the Philadelphia Phillies 11-3.

The Washington Nationals survived a dramatic ninth inning to secure their first series win in a month. Gerardo Parra hit a tiebreaking, two-run homer in the fifth and Sean Doolittle stopped the New York Mets late rally by striking out Keon Broxton with the bases loaded for the final out of the Nationals’ 7-6 win

Eugenio Suarez singled home the go-ahead run during a fifth-inning downpour and added another RBI single Thursday night as Cincinnati Reds pulled away to a 4-2 victory that slowed the Chicago Cubs momentum.

Yolmer Sanchez raced home from third base with the tiebreaking run on Ryan Cordell‘s suicide squeeze in the eighth inning, and the Chicago White Sox topped the Toronto Blue Jays 4-2.

Austin Riley went 3 for 4 and drove in a run, Julio Teheran pitched five-plus scoreless innings, and the Atlanta Braves won for the fifth time in six games with a 10-2 victory over the St. Louis Cardinals.

The Tampa Bay Rays have acquired journeyman catcher Erik Kratz in a trade with the San Francisco Giants. The 38-year-old Kratz hit .125 (4 for 32) in 15 games for San Francisco. He was designated for assignment.

NFL Must Fix Its Broken Officiating

Sports That Matters Powered By  INTERTOPS Sign-Up | Make a Deposit | Get Bonuses October 16, 2019 The Detroit Lions fell victim to a series of horrendous calls late in their loss to the Green Bay Packers on Monday night, and the NFL is admitting a flag should not have been thrown on at least one play. […]

Sports That Matters July 10th, 2019 Welcome back! 1. What’s new around the world of sports. Photo: Getty Image US insurance company Allstate has been named as the presenting partner for the US women’s national soccer team’s (USWNT) Fifa Women’s World Cup victory tour. (READ) by Steven Impey The technology was originally developed to track […]

March 5, 2020 The Los Angeles Lakers are signing free agent guard Dion Waiters for the remainder of the season. The Lakers have been looking to sign someone to help them in their playoff run. The Lakers are intrigued with Waiters’ potential as a scorer and defender after recently hosting him for a workout, said the […]