Welcome back have a great Kentucky Derby! 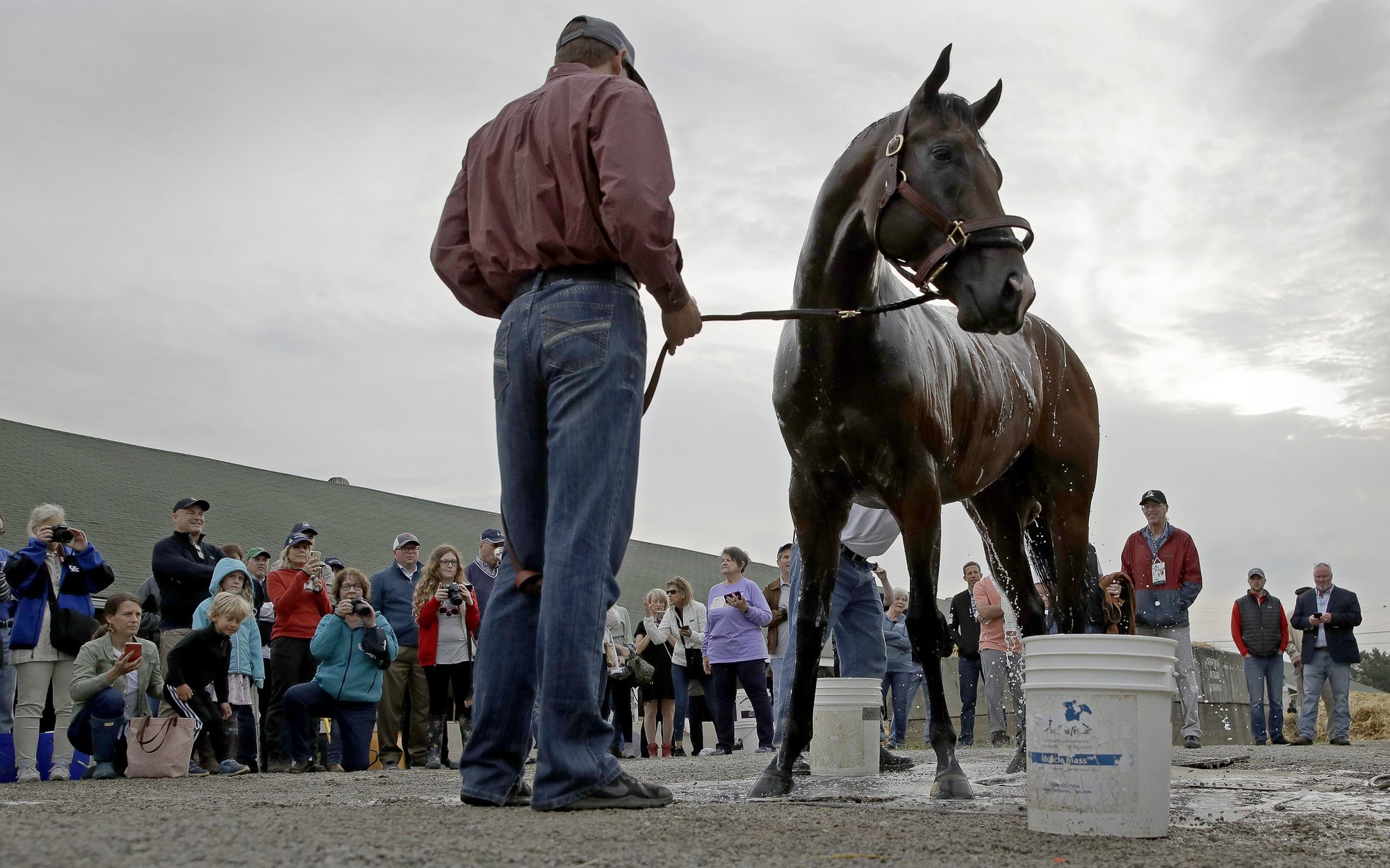 3. The Run for the Roses

War of Will is a son of hot Sire War Front and out of the Sadler’s Wells dam Visions of Clarity (IRE). The family line is very strong with this bay colt. Starting his racing career at Woodbine in Canada, the Southern campaigns have proven more fruitful for the Mark Casse trainee.

Tax improved from a third place finish in the Remsen Stakes at Aqueduct, with a first place win in the Withers Stakes. Having traveled over the Churchill Downs surface to place second and eventually break his maiden at Keeneland in his second start, the bay gelding by Arch shows growing potential on the Kentucky Derby Trail. Tax is ridden by jockey Junior Alvarado and trained by Danny Gargan.

By My Standards has been training up to the 145th Kentucky Derby off a 22-1 upset score in the Louisiana Derby (G2) at Fair Grounds in late March. The bay colt was making his stakes bow in that nine-furlong affair after breaking his maiden by 4 1/4 lengths in his fourth try one race prior. By My Standards is the first Kentucky Derby runner for his trainer, Bret Calhoun, who saddled the son of two-time Breeders’ Cup Mile (G1) king Goldencents to a runner-up effort at Churchill Downs in his debut last November. Campaigned by Allied Racing Stable LLC, the Kentucky-bred colt is out of dual stakes winner A Jealous Woman.

Gray Magician stamped his ticket to Kentucky Derby 145 thanks to a runner-up effort in the U.A.E. Derby (G2) in Dubai. The Peter Miller-trained colt is still seeking a first stakes win and only brings a maiden victory from last November at Del Mar into the Run for the Roses. The gray son of Graydar boasts three stakes tries: the aforementioned U.A.E. Derby, a second in the Miracle Wood Stakes at Laurel Park and a fourth-placing in Santa Anita Park’s Sham Stakes (G3) to kick off his sophomore season in early January.

Improbable is a student of dual Triple Crown winning trainer Bob Baffert. With some of the same connections as Justify in owners WinStar Farm, China Horse Club and Starlight Racing. Undefeated in three starts, with a win in the Los Alamitos Cash Call Futurity, the West Coast based chestnut colt did win the Street Sense across the Churchill Downs dirty track. This is a promising sign that he could be a horse for the course when time comes to potentially enter the starting gates for the Kentucky Derby.

Vekoma is by Candy Ride (ARG) out of the Las Flores H. and Humana Distaff winner Monda De Momma by Speightstown. Vekoma is trained by George Weaver and has a solid record of hitting the board with wins in his first start, the Nashua S. and most recently the Blue Grass Stakes. His only non winning placement was a third in the Fountain of Youth Stakes at Gulfstream Park.

Maximum Security is by lightly raced sire New Year’s Day, who suffered an injury two months after taking the 2013 Breeders’ Cup Juvenile (G1) and was retired to stud. The bay colt wired the Florida Derby (G1) at Gulfstream Park to earn 100 points and give trainer Jason Servis another shot at Kentucky Derby (G1) glory following Smarty Jones’ 2004 victory. Maximum Security was making his stakes bow in the Florida Derby and moved his record to a perfect four-for-four for owners Gary and Mary West. The Kentucky-bred moved up the ranks from a maiden claimer to Grade 1 fame in very short time, something his dam, Lil Indy, was never able to accomplish. Lil Indy was no slouch in the pedigree department, though, being by Anasheed and a half-sister to multiple Grade 1-winning millionaire and sire Flat Out.

Tacitus is a gray homebred of the impressive Juddmonte Farms and out of 2014 Champion Older Mare Close Hatches. Close Hatches finished 2nd to Beholder in the 2013 Breeders’ Cup Distaff. Tacitus’ pedigree suggests minimal concerns with the ability to hit the Kentucky Derby distance of 1 1/4 miles and his racing record shows he is on a roll in putting pieces together. With a win in two Derby prep races, the Wood at Aqueduct and the Tampa Bay Derby in Florida, he demonstrates a lot of upside to watch for while breezing at the track.

Trainer Brendan Walsh will be saddling his first Kentucky Derby runner when sending out Plus Que Parfait on the first Saturday in May. The chestnut ridgling awarded his conditioner with this opportunity by earning his first stakes victory in the U.A.E. Derby (G2) at Medyan in Dubai. Plus Que Parfait picked up 100 points on the Road to the Kentucky Derby in that Middle Eastern venture and added it to the four points he garnered last November as a two-year-old when finishing second by a neck in the Kentucky Jockey Club Stakes (G2) under the Twin Spires at Churchill Downs. By Point of Entry, who racked up five Grade 1 victories and nearly $2.5 million in earnings on the turf, Plus Que Parfait is campaigned by the Dubai-based Imperial Racing LLC.

Cutting Humor is one of two runners in the 2019 Kentucky Derby for trainer Todd Pletcher. The Starlight Racing colorbearer captured the Sunland Derby (G3) in New Mexico to earn his spot in the Derby starting gate on the first Saturday in May. Prior to that contest, the dark bay son of First Samurai made his stakes debut an off-the-board finish in the Southwest Stakes (G3) at Oaklawn Park.

William S. Farish homebred Code of Honor has ping-ponged between talented and mediocre for trainer Shug McGaughey, who claimed his first Kentucky Derby win in 2013 with Orb. Code of Honor broke his maiden at Saratoga and ran second in the Champagne Stakes (G1) at Belmont Park in his two juvenile starts, but was a lackluster fourth in the Mucho Macho Man Stakes at Gulfstream Park to open his sophomore campaign in January. Remaining at that South Florida venue, the chestnut son of multiple Group 1 winner Noble Mission pulled away to a nice win in the Fountain of Youth Stakes (G2) before finishing a well-beaten third in the Florida Derby (G1) last out. Code of Honor receives distance and turf influence from his sire while his dam, Reunited, was a Grade 3 winner sprinting on the main track.

Win Win Win began his journey to the Kentucky Derby (G1) in January, taking the Pasco Stakes at Tampa Bay Downs by 7 1/4 lengths. The Michael Trombetta pupil proceeded to add a third in the Tampa Bay Derby (G2) and second in Keeneland’s Blue Grass Stakes (G2) to his record. The dark bay son of Hat Trick will be competing at Churchill Downs for the first time in the Run for the Roses and brings Julian Pimentel along for the ride.

Master Fencer was invited to take part in Kentucky Derby 145 after competing in the Japanese Road to the Kentucky Derby. The Koichi Tsunodra trainee has never raced outside of his native Japan but boasts a pair of wins as well as a second in the Fukuryu Stakes in his most recent effort. The chestnut is by Just a Way and gets the services of jockey Julien Leparoux in his first U.S. start.

Game Winner is a bay colt by Candy Ride out of the A.P. Indy mare Indyan Giving. He remains undefeated in three lifetime starts, as of Oct 1, 2018, which includes stakes wins in the Del Mar Futurity and the American Pharoah Stakes. Trained by Bob Baffert and currently ridden by jockey Joel Rosario, the West Coast based Thoroughbred has strong potential entering the Breeders’ Cup Juvenile.

Speedway Stable LLC’s Roadster catapulted into Kentucky Derby contention with a nice half-length victory over stablemate and champion Game Winner in the Santa Anita Derby (G1) for trainer Bob Baffert. Owned by Speedway Stable LLC, the gray son of 2009 Florida Derby (G1) hero Quality Road enters the Run for the Roses boasting a two-for-two mark on the year and 4-3-0-1 career line. His only loss to date came as a third behind Game Winner in last September’s Del Mar Futurity (G1), but the Kentucky-bred has been unbeatable since stretching out past that seven-furlong trip. Roadster is out of the stakes-winning Ghost Dancing and is a half-brother to Grade 1-scoring and track record-setting gelding Ascend.

Long Range Toddy is by accomplished dirt runner Take Charge Indy. Trained by Steve Asmussen, he has settled in a nice circuit between Remington Park and Oaklawn Park. With wins in the Clever Trevor and Springboard Mile Stakes, the latter of whic his a Road to the Kentucky Derby prep-race, he further advanced into the Smarty Jones Stakes and showing gradual improvement. He may be a rising star among his other barn mates and worth a watch along the Kentucky Derby trail.

Lightly raced Spinoff has yet to finish off-the-board in his four lifetime races and is one of two entrants in Kentucky Derby 145 for trainer Todd Pletcher. The chestnut son of Hard Spun broke his maiden first out at Gulfstream Park last June before running third in the Saratoga Special Stakes (G2) to close out his juvenile campaign. Spinoff romped by 11 lengths in an allowance/optional claimer to open his sophomore season in February and enters the Run for the Roses off a close second in the Louisiana Derby (G2) at Fair Grounds.

Country House has faced several of his Kentucky Derby (G1) rivals in his past three races. The Bill Mott-trained son of Lookin at Lucky broke his maiden at Gulfstream Park in January and made his stakes debut in the Risen Star Stakes (G2) at Fair Grounds. Following a runner-up effort in that contest, Country House ran fourth in the Louisiana Derby (G2) in New Orleans and then shipped to Oaklawn Park for a third-place effort in the Arkansas Derby (G1).

Bodexpress just drew into the Kentucky Derby (G1) field after entering the race on the also-eligible list. The Gustavo Delgado trainee will attempt to break his maiden in the Run for the Roses, as he’s yet to cross under the wire first in five races. His last pair saw the bay son of Bodemeister just miss in a maiden by a neck and finish second in the Florida Derby (G1) at Gulfstream Park.

4. NFL players hang out together at the Derby! 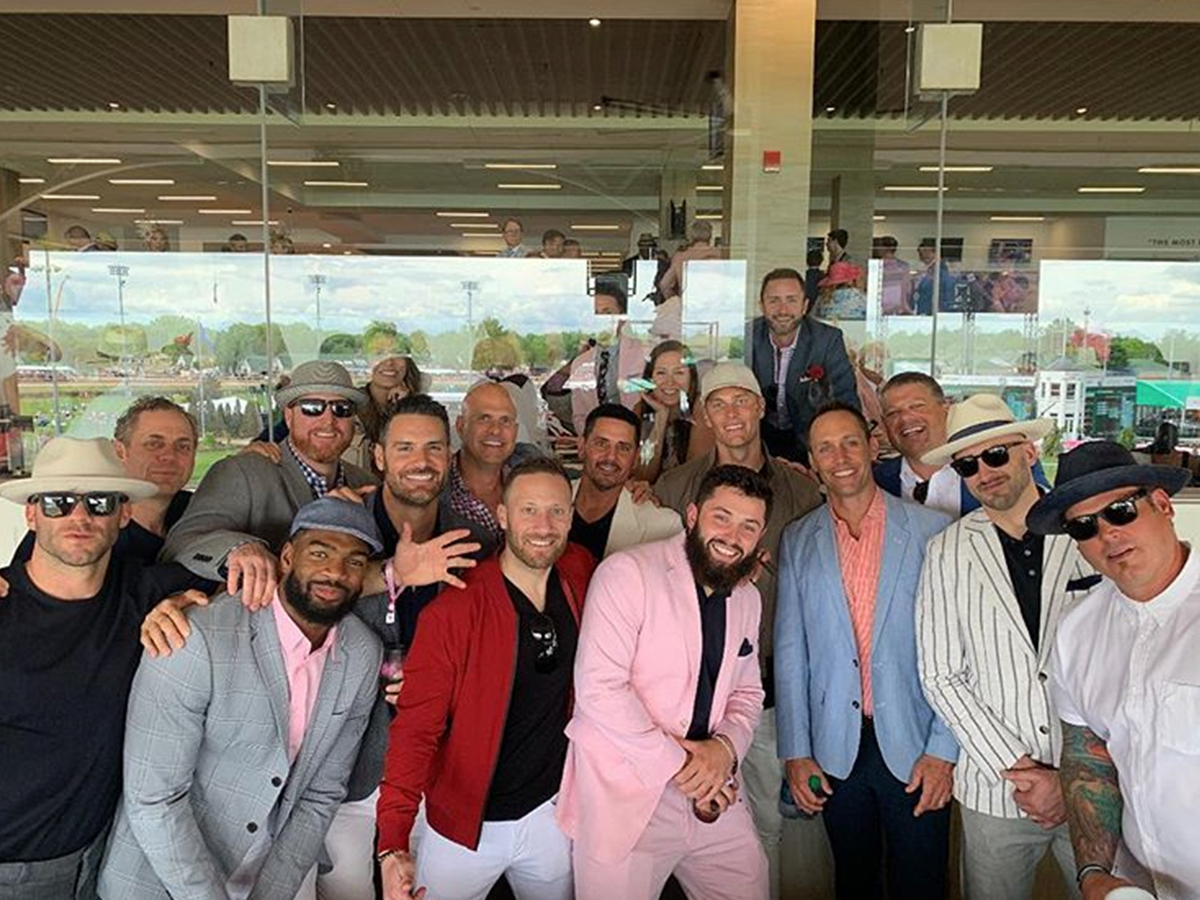 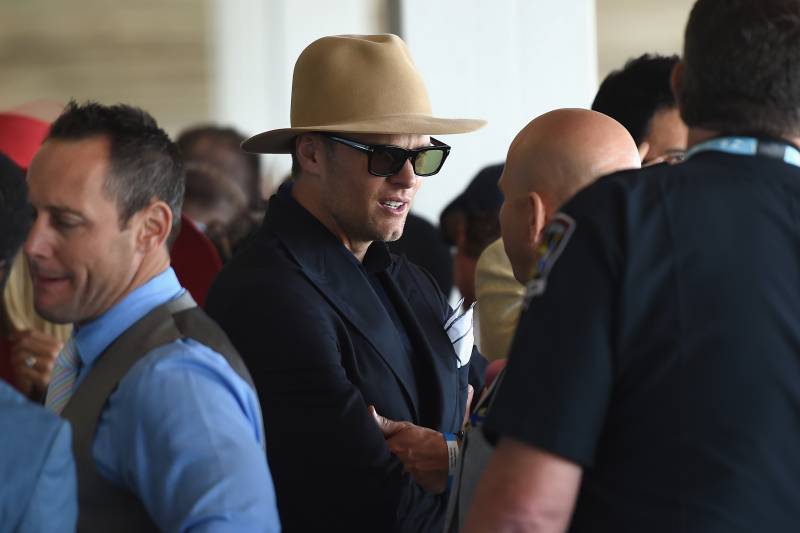 MICHAEL BARI SHOW “DAILY” May 7th, 2019 What’s New:. The owners of the horse Maximum Security that was disqualified after coming in first at this weekend’s Kentucky Derby are planning to appeal the decision in a last ditch effort to be named the rightful winner of the famed event. Kentucky Derby Jockey Speaks Out About […]

Sports That Matters Powered By June 23rd, 2019 Welcome back hope your weekend is a great one! 1. On this day is sports. 1976 San Diego Padres pitcher Randy Jones ties record of 68 innings without a walk. 1979 Larry Holmes TKOs Mike Weaver in 12 for heavyweight boxing title. 1981 John McEnroe‘s famous ‘You cannot be serious’ rant […]