Another Game 7 matchup between Boston Bruins and Toronto Maple Leafs, another victory for the Bruins. Joakim Nordstrom and Sean Kuraly each had a goal and assist, Tuukka Rask stopped 32 shots and the Bruins beat the Maple Leafs 5-1 in Game 7 on Tuesday night to wrap up their first-round Eastern Conference playoff series. (Read) by Kyle Hightower The San Jose Sharks capped off an incredible comeback in the game and in the series, beating Vegas 18 minutes into overtime. Barclay Goodrow didn’t get much run in OT but he scored the game-winner to clinch the series for the Sharks, who will move on to face the Colorado Avalanche. (Read) by Pete Blackburn & Kevin Skiver

Watch as Barclay Goodrow ends a Game 7 thriller between the San Jose Sharks and the Vegas Golden Knights with an overtime goal.

Joel Embiid showed no mercy. He buried a 3-pointer that gave the Philadelphia 76ers a 24-point lead and waved his arms like a boss, exhorting an already jacked crowd to get louder. Philly obeyed its most popular player and went wild — and the All-Star center believes the good times have only just started. (Read) by Dan Gelston

The Toronto Raptors turned in another dominant defensive effort, extending their playoff winning streak to a team-record four and clinching a berth in the second round. Kawhi Leonard scored 27 points, Pascal Siakam added 24 and the Raptors routed the Orlando Magic 115-96 on Tuesday night, winning their first-round playoff series in five games. (Read) by Ian Harrison 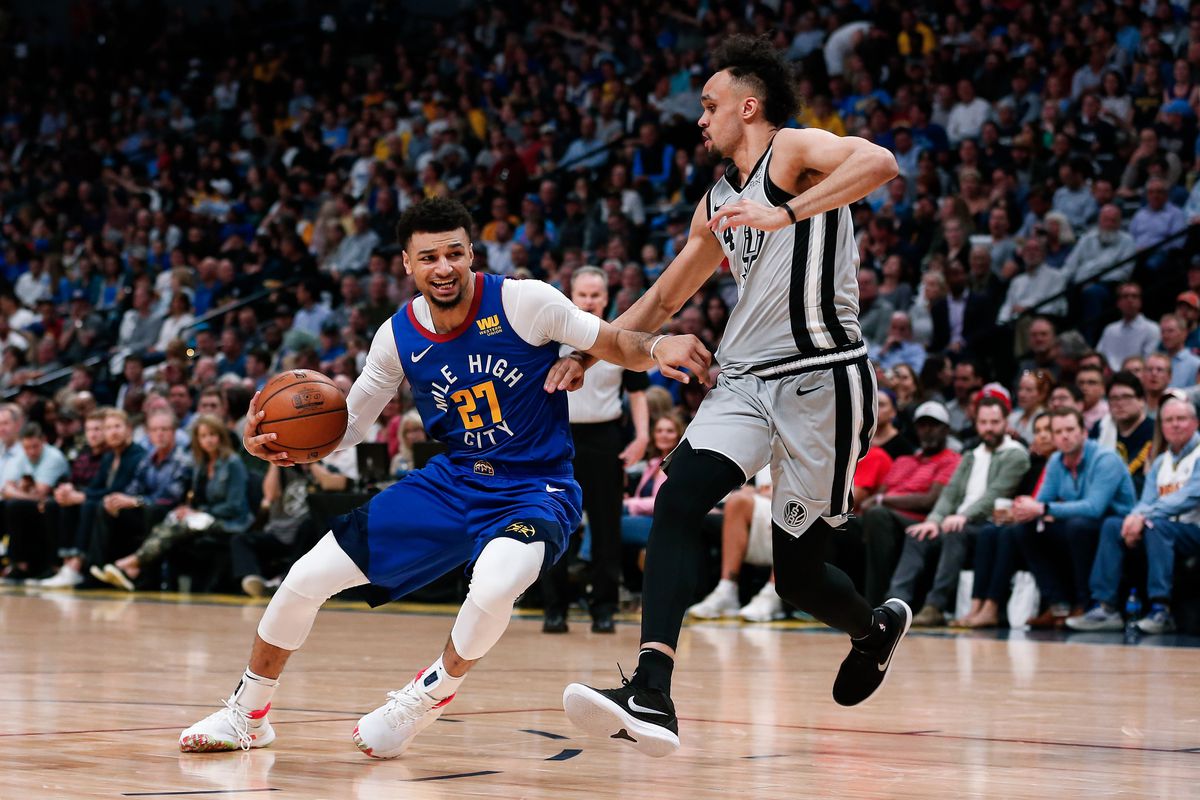 The Denver Nuggets came home following their first win in San Antonio since 2012 and did what they’ve done all season long: took care of business. In a well balanced, classic Nuggets-style victory, Denver completely dismantled anything the Spurs tried to throw at them, culminating in a masterful 108-90 victory on Tuesday night. (Read) by Evan Fiala 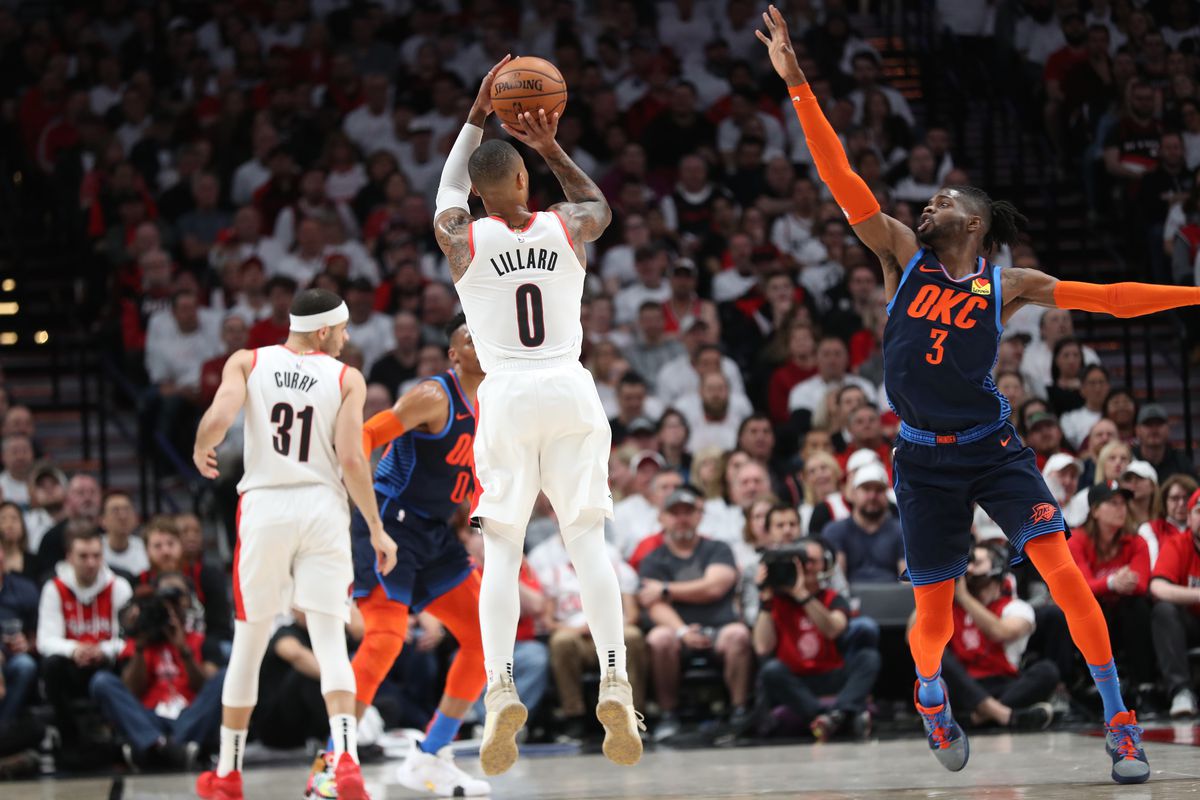 The Portland Trail Blazers defeated the Oklahoma City Thunder in game 5, 118-115. They win the opening round series, 4-1. OKC heads into the offseason with more questions than answers. (Read) by J.A. Sherman

Frank Clark, who was tagged by the Seahawks this offseason, will go to Kansas City for quite the haul, as the Seattle Seahawks will get a first-round pick in 2019 and a second-round pick (the later of the Chiefs two picks) in 2020. The teams will also swap third-round picks this year.

NFL Draft order 2019: Updated list after Seahawks-Chiefs Frank Clark trade originally appeared on nbcsportsboston.com. A blockbuster trade Tuesday involving the Seattle Seahawks and Kansas City Chiefs has impacted the order of the first round of the 2019 NFL Draft.

The Arizona Cardinals have had since the end of the 2018 regular season to identify the top selection of the 2019 NFL Draft. But with two days remaining before the Cardinals make the pick official, the team continues to mull options at No. 1. “We’re still working through things,” Cardinals head coach Kliff Kingsbury told reporters Tuesday. “It is a process. I wouldn’t say the hay is in the barn.”

While my draft rankings show how the top prospects of the 2019 NFL draft stack up overall, it can be difficult to sift through for specific skills.

Peter King talks first round trades in the 2019 NFL Draft.

The 2019 NFL Draft has been labeled a “meat and potatoes” draft by executives, scouts and coaches around the NFL. Evaluators believe this class is loaded with trench players (offensive and defensive linemen) while also including a few marquee playmakers on the offensive side of the ball.

In the days, weeks and months leading up to the NFL draft, teams’ personnel departments are angling for as much information as possible about the prospects and what they need to do to get those prospects, using every avenue—including the media—to gain that intelligence.

Who are the best team-builders in the NFL today? Just days before the roster-refurbishment exercise known as the NFL draft, it’s time to revisit this honcho hierarchy.

With the scouts out of the building, the Oakland Raiders are running new general manager Mike Mayock through several pre-draft rehearsals.

Denver Broncos cornerback Chris Harris has requested a new contract or a trade from the team. The news comes just hours after Broncos general manager John Elway told reporters that contract talks with Harris would not begin until after the NFL draft.

San Francisco 49ers kicker Robbie Gould has requested the team for a trade. Gould told the Niners that he will not negotiate or sign a long-term deal with with the team.

The Minnesota Vikings nearly got to the Super Bowl without Kirk Cousins. With him, they failed to make it to the playoffs. But the organization still believes in its franchise quarterback, who is under contract to the franchise for two more years.

Former Missouri quarterback Drew Lock is one of the X-factor prospects at the top end of this week’s NFL Draft. The consensus of experts profiles him as one of the top four quarterbacks in the draft. So Lock could go in the top half of the first round.

April 13, 2020 Steph Curry’s documentary ‘Jump Shot’ to get digital release. Jump Shot is a 79-minute documentary focused on Kenny Sailors, the legendary basketball player who popularized the jump shot, is shooting for digital distribution. The film will be released digitally April 16-18 for $7.99 per download with 10% of the revenue distributed to COVID-19 relief […]

April 17, 2020 Denver Broncos Pro Bowl linebacker Von Miller has tested positive for the coronavirus, he told 9NEWS in Denver on Thursday. “It’s true,” Miller told 9NEWS by phone. “I’ve just been here in the crib, and I started to get a little cough. You know, I have asthma, and I started getting a little cough a couple days […]

Since everyone puts out a mock draft, here is my version. You never know about trades so teams can get a specific player or stock pile picks. Obviously everyone talks about the number of first round QB’s but there are plenty of quality in this draft. The Cleveland Browns should trade the first pick. I […]