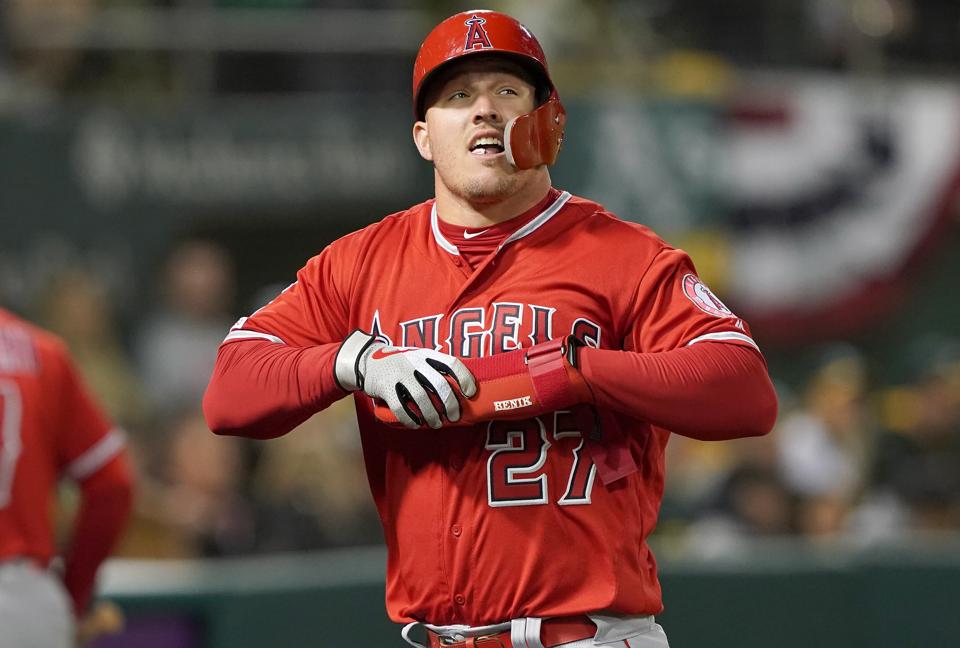 Trout’s record $430 million deal might be a bargain. One ESPN analysis says $1 billion is closer to his true value over 12 years. Trout will make more than $50 million between June 2018 and June 2019 thanks to a $20 million signing bonus paid out on May 31 of this year.

Harper gets his own $20 million signing bonus in 2019, paid in two equal installments in June and November. Last year, Harper partnered with Blind Barber, a network of men’s barbershops where customers can get a cut, have a cocktail and buy the brand’s hair care products. His Under Armour deal is the biggest shoe and apparel contract in baseball.

Last season, Price helped Boston win the World Series and posted his highest WAR since winning the Cy Young Award in 2012. That is the pitcher the Red Sox wanted when they committed $217 million in 2015 to the free agent. Price’s off-the-field earnings jumped last year when IMAC Holdings, the parent company of IMAC Regeneration Centers, went public. There are a pair of Price-branded IMAC centers in Tennessee, and the pitcher has an equity stake in the firm.

Kershaw opted out of the last two years of his Dodgers contract, worth $64 million, in the fall and replaced it with a new three-year deal worth $93 million. The deal includes some hefty performance incentives: Kershaw earns $1 million each for reaching 24, 26, 28 and 30 starts. The lefty has averaged 25 starts the past three seasons and started the 2019 season on the injured list.

Cabrera turns 36 years old this month but is under contract through 2023, with Detroit holding club options for 2024 and 2025 worth $30 million each (there is an $8 million buyout on the 2024 option). The 11-time All-Star was limited to 38 games last year, but he ranks second among active players, behind Albert Pujols, for career home runs and runs batted in.

Like Trout and Harper, Machado got a $20 million signing bonus under his new 10-year, $300 million blockbuster contract with the San Diego Padres. Machado will make nearly as much this season as he did during his first seven years combined in Baltimore and Los Angeles ($34 million).

Injuries have slowed the New York Mets outfielder. He appeared in only 119 games over two seasons after signing a four-year, $110 million contract and is sidelined until at least July this season. The Mets are still on the hook for his salary this year and $29.5 million in 2020.

The righty has one of the top endorsement portfolios of any pitcher in baseball with partners Under Armour, Rawlings, GlaxoSmithkline (Flonase), USAA, Breitling and Supercuts. Credit a World Series title, a supermodel wife in Kate Upton and of course a Hall of Fame career. Verlander has the highest career WAR among active pitchers.

Albert Pujols is limping toward the end of the 10-year contract he signed with the Los Angeles Angels in 2011. Despite a massive decline for the slugger, he is owed $87 million for the final three seasons. Pujols also has a golden parachute in the form of a 10-year, $10 million personal services agreement with the Angels after his playing contract ends.

The 2017 NL MVP hit 38 home runs in his first season with the New York Yankees after being traded from the Miami Marlins. His $325 million contract was the biggest in the history of team sports before the deals for Trout and Harper last month. Stanton can opt out of the contract after the 2020 season. His endorsement partners are Nike, Majestic, Rawlings, Six Star Pro Nutrition, Tag Heuer and MLB Home Run Derby. (From Forbes)

Giancarlo Stanton drove a long home run to right field in his first at-bat of the season Thursday afternoon for the New York Yankees. Stanton’s home run measured at 426 feet by Statcast, and it came on an 0-1 pitch off Blue Jays starter J.A. Happ in the top of the first inning. His shot in the ninth to […]