Elite 8 of the NCAA Tournament, Auburn’s 77-71 win over Kentucky

Kentucky forward PJ Washington talks about UK’s 77-71 loss to Auburn in the Midwest Region final of the NCAA Men’s Basketball Tournament on Sunday, March 31, 2019. Washington scored a game-high 28 points in the loss.

The moment they finally realized it was over, with about 9 seconds left, the five of them were still on the court.

They’d been there out a while – through an overtime without substitutions, most of the second half, all of crunch time. Much has been asked all along of these five Kentucky players, and they’d won 30 games.

But this time, they’d barely lost. That was apparent as they slowly walked to the other end of the court, awaiting Auburn foul shots, shoulders sagging, heads down, completely spent. (Read) By Gentry Estes, Louisville Courier Journal

Clutch Three To Give Michigan State The Lead

What a CLUTCH 3️⃣ to put @MSU_Basketball up ✌️! #MarchMadness | #Elite8 pic.twitter.com/OX5Dpe9OgL 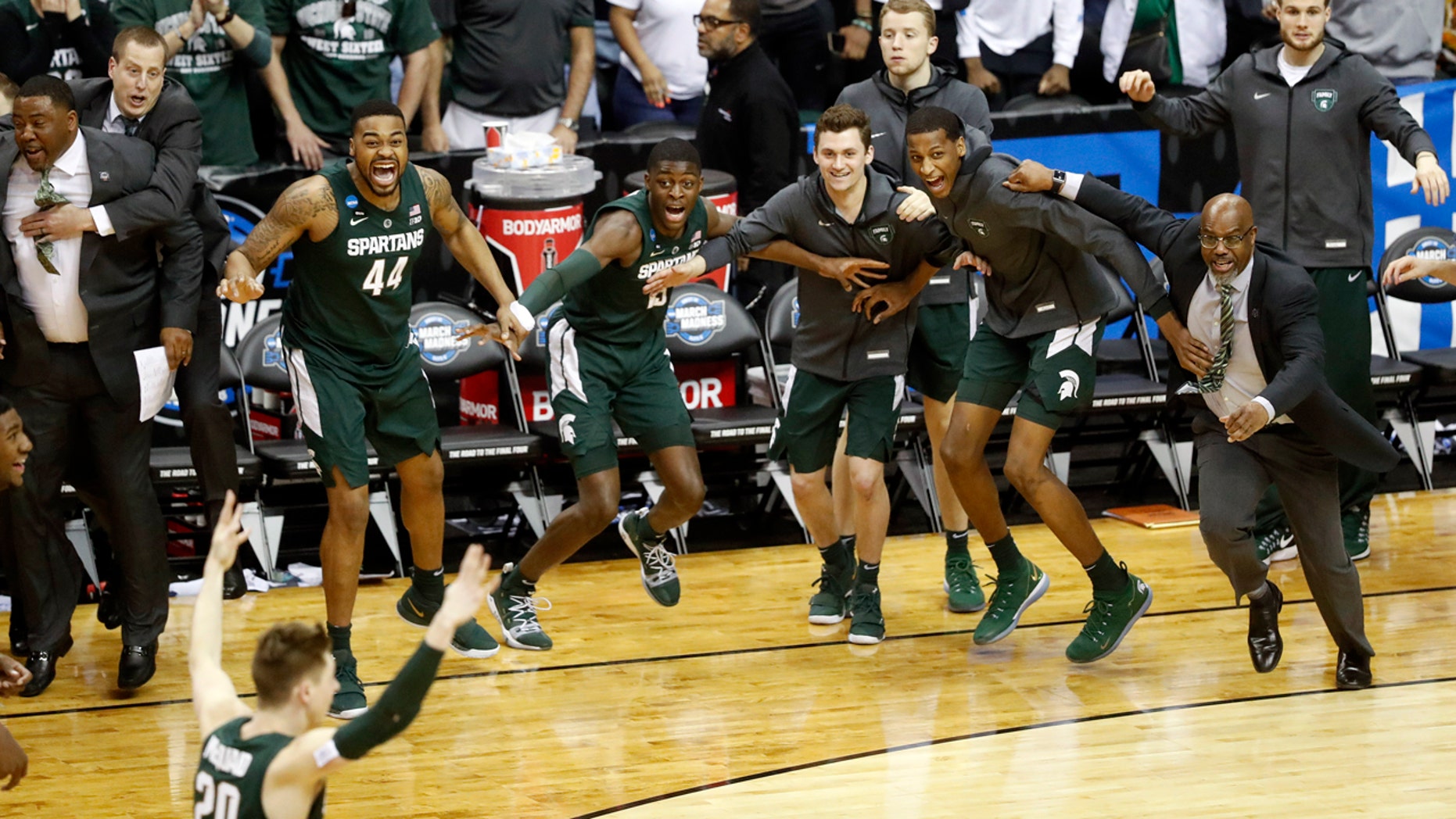 R.J. Barrett, one of Duke’s three phenomenal freshmen, had a chance to tie the game with 5.2 seconds to go, but made only one of two free throws after Goins’ clutch shot put MSU up 68-66. Cassius Winston, Michigan State’s star man with 20 points and 10 assists, was able to dribble out the clock after receiving the ensuing inbounds pass and send the Spartans to Minneapolis. (Read) By  Samuel Chamberlain | Fox News

Nevada looked like its NCAA tournament was going to come to end Sunday in the second round. But after trailing by 22 points in the second half, the Wolf Pack rallied to beat the Cincinnati 75-73 and advance to the Sweet 16. USA Today   Michigan State fell to Syracuse in the 2018 NCAA Tournament‘s second round on Sunday, March […]