Via Astros beat writer Chandler Rome, Houston GM Jeff Luhnow confirmed that the team had an agreement in principle to trade for Bryce Harper at last season’s deadline. 12 Up

“Jacob deGrom isn’t ruling out putting a restriction on his innings if he enters the season without a new contract. New York Post

“The Mets are “on the verge of blowing up their stadium renovation deal” with St. Lucie and looking for a new Spring Training home, reports Keona Gardner of the TC Palm.

“In one of the least surprising moves of the offseason, the Toronto Blue Jays have, more or less, announced they plan to keep top prospect Vlad Guerrero Jr. at Triple-A to start the season. Hardball Talk

“Gary Sanchez appreciates the support. Fans in the Bronx may have been calling for the 26-year-old catcher to be dealt all winter, but he returns to Yankee spring training knowing that his manager believes in him. New York Daily News

“The Twins are nearing the completion of a new contract with right fielder Max Kepler, Phil Miller of the Minneapolis Star Tribune reports. MLB Trade Rumors

Cleveland Indians starting pitcher Trevor Bauer won his arbitration case against the team this week for the second consecutive year, but the hearing apparently got a lot more personal this time around. Larry Brown Sports

Shortstop Jorge Polanco and the Minnesota Twins are finalizing a contract extension that will cover seven years and guarantee around $25 million. ESPN

The Cubs wasted little time filling an open spot on their 40-man roster Wednesday by agreeing to terms on a one-year contract with left-handed reliever Xavier Cedeno. Cedeno, 32, posted a 2.43 ERA in 48 appearances with the White Sox and Brewers last season. Chicago Tribune

The Royals signed left-handed reliever Jake Diekman on Wednesday to a one-year contract with a mutual option for 2020 worth a guaranteed $2.75 million. Diekman, 32, will make $2.25 million in base salary this season and could earn performance bonuses for games and games finished. Kansas City Star

Houston Rockets star James Harden put himself in rare company on Wednesday night, scoring at least 30 points in his 31st consecutive game. He is now tied with Wilt Chamberlain (1962) for the second-longest such streak in NBA history.

“Ethan Strauss of The Athletic — who Durant called out by name during his recent tense presser with reporters — said during his podcast Thursday that “There is infrastructure being laid down in New York, for him to go to New York — if we’re just completely real about.” SNY TV

After two tumultuous seasons in Philadelphia, Markelle Fultz, once thought to be the final piece of The Process alongside Ben Simmons and Joel Embiid, was shipped off to Orlando at the trade deadline. Dime Magazine

Carmelo Anthony may be a backup plan for the backup plan. As the Lakers wade through the buyout market, they already have whiffed on Enes Kanter and now may be hoping to land Markieff Morris, according to ESPN.

NBA Commissioner Adam Silver isn’t considering a switch to the NFL to become that league’s commissioner, according to ESPN.com’s Ramona Shelburne, Bleacher Report

Agent Zero is back. Former Washington Wizards star guard Gilbert Arenas is taking his talents to the BIG3 league this summer. The Score

New Balance has been out of the basketball kicks game for a while but has landed a big fish as it relaunches its hardcourt division. Kawhi Leonard will be the new face of New Balance Hoops. Sportsnaut 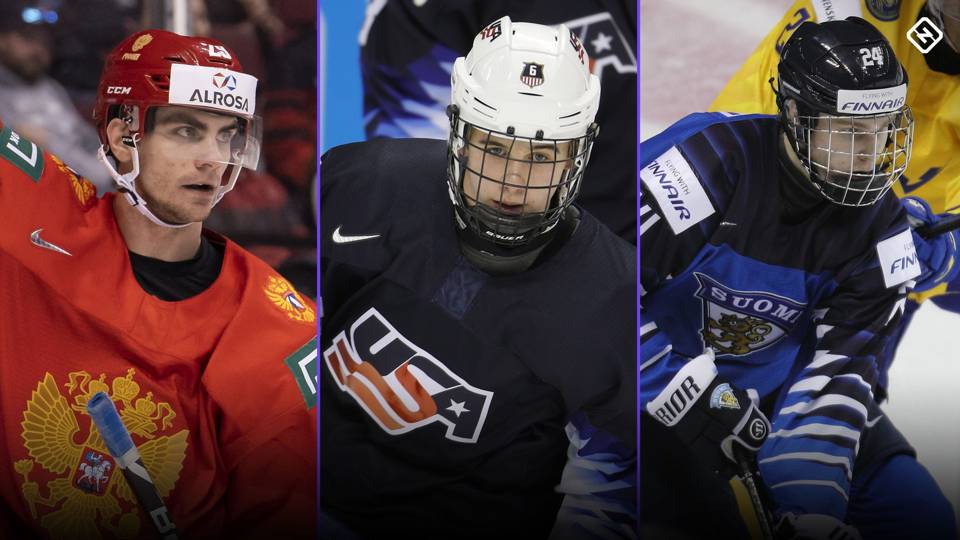 The Edmonton Oilers and Philadelphia Flyers have been in talks about a potential trade involving goaltender Cam Talbot, according to TSN’s Darren Dreger. The Score

For all the talk of an Artemi Panarin trade, The Athletic’s Pierre LeBrun cautions that the Columbus Blue Jackets keeping the star forward as an “own rental” is a very real possibility. Pro Hockey Rumors

A seven-game winning streak and building confidence have center Ryan O’Reilly hoping the Blues don’t mess with their chemistry before the trade deadline. “I don’t expect really anything big to happen here, and that’s good,” O’Reilly told NHL.com

An encouraging note for Ducks fans, especially during a stretch without much good news in Anaheim, is that Sportsnet’s Elliotte Friedman reports that term is the only thing separating the team and winger Jakob Silfverberg from agreeing to a contract extension.. Yardbarker

The Toronto Maple Leafs will not part ways with defensive prospects Timothy Liljegren or Rasmus Sandin in exchange for a rental player, according to Sportsnet’s Elliotte Friedman.

One Instagram post wasn’t enough for Tom Brady to show his love for Alex Guerrero. After shouting out his personal trainer and business partner in an Instagram story the day after Super Bowl LIII, the New England Patriots quarterback used Instagram on Wednesday. NBC Sports Boston

On the surface, the Antonio Brown contract can easily be traded. He’s due to make less than $39 million over the next three years, an annual average of less than $13 million. In theory, this makes his contract somewhat easier to trade. Pro Football Talk

Latavius Murray has quietly been one of the most reliable running backs in the league and was just that with the Minnesota Vikings the last two seasons, which now sees him on the verge of hitting free agency. 247 Sports

Pete Thamel reports that Florida DC Todd Grantham will stay at the school, despite interest from the Bengals. Harrison Tenzer first reported the news.  Other names recently linked to the Bengals include Rams DBs coach Aubrey.

The Chargers announced that they have elected to not exercise DT Corey Liuget‘s contract option, making him a free agent.  Chargers GM Tom Telesco said in a statement that the “door is certainly not closed” on Liuget possibly. NFL Trade Rumors

The Broncos do not intend to re-work Joe Flacco‘s contract after agreeing to acquire him from the Ravens earlier today, according to Mike Klis of 9News (Twitter link)

A weak wide receiver market will see a veteran join the ranks. NFL Network‘s Mike Garafolo reported Thursday morning on Good Morning Football that the San Francisco 49ers will not pick up the contract option on receiver Pierre Garcon. NFL.com

The Oakland Raiders this past season had a terrible showing. They went 4-12 on the season and had absolutely no depth in their front seven. Their defense allowed 29.2 points every game. Pro-Football Focus had them ranked last in every single defensive ranking. Clutch Points

The Philadelphia Eagles have five days until deciding to put the franchise tag on any one of their players, one of which being quarterback Nick Foles. If the Eagles do franchise Foles, their intent would be to trade him in hopes of getting back a draft pick. 247 Sports

MB SPORTS DAILY March 8th, 2019 Welcome back, have a great Friday! On This Day In Sports 1900 NL decides to go with 8 teams They exclude Baltimore, Cleveland, Louisville & Washington (in 1953 Boston Braves move to Milwaukee) 1930 Babe Ruth signs 2-year contract for $160,000 with NY Yankee GM Ed Barrow, wrongly predicts “No one will […]