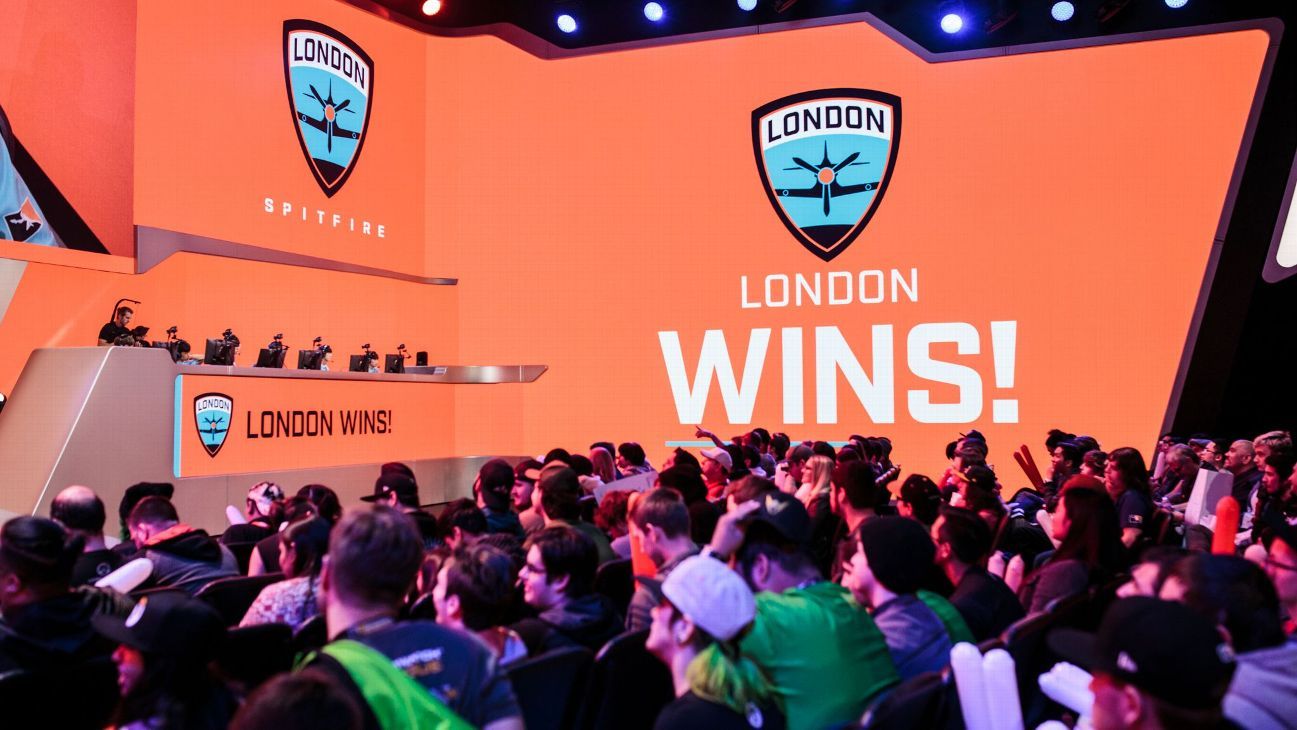 The London Spitfire wins a match in L.A. Photo by Robert Paul/Provided by Blizzard Entertainment

Above all else, the Atlantic Division will likely have less parity with teams like reigning champions London Spitfire, runners-up Philadelphia Fusion, and the New York Excelsior, all of which kept their winning lineup. Continue Reading By Emily Rand

is typically lead by a combination of esports and influencer-driven player-vs-player games, but for short stints, single player games that are story based can thrive immediately following their release.

In recent weeks, two examples of that stand out. Two weeks ago, the Resident Evil 2remake stormed onto Twitch registering 13.31M hours watched in its first week, but 8.2M of that came in the first three days of the title being streamed on the platform. Continue Reading By Max Miceli

TSM boasted a formidable composition, versatile and explosive with several deadly tools. They had plenty of engage with Sion’s Unstoppable Onslaught, Lissandra’s Frozen Tomb and Olaf’s Ragnarok. Luican could poke from afar with The Culling, and Zilean’s Chronoshift could revive an ally if a fight went sideways. All told, their lineup seemed set for success with few holes to exploit.

Reapered decided he wanted those ultimates too. It was time to unchain Sylas, League of Legends’ newest champion, whose unique skillset will deeply influence the meta for months to come.

“There were a lot of options for our last pick,” Reapered said. “We had like four different options: go teamfight super hard, pressure the early game, whatever works. But I saw the Zilean and Lissandra; holy s—, it was so much value. We had to commit to it.” Continued Reading By Miles Yim

The Borussia Dortmund star will use HyperX gear while streaming throughout the Bundesliga season. Reus is the second soccer pro to partner with HyperX, following Tottenham Hotspur and England star Dele Alli. The German soccer star is expected to become a part of HyperX’s “We’re All Gamers” campaign featuring sport, music and esport stars. Continue Reading By Jack Stewart

Coca-Cola has signed an expansive deal with Activision Blizzard

(OWL) and all other Overwatch properties. It is the first OWL sponsorship deal that takes full advantage of the game developer’s total control over the game’s intellectual property.

In the multiyear pact, Coca-Cola gets exclusivity with all 20 OWL teams, the OverwatchContenders league, the open division, the Overwatch World Cup, the annual BlizzCon, and collegiate events. Continue Reading By Ben Fischer

The newly-revived North American organisation Denial Esports has made two new key hires to aid in its revival.

Justin M. Jacobson, a New York-based entertainment and esports attorney, has boarded the organisation as its Chief Operating Officer (COO) and General Counsel.

It has also brought in Hank Baskett, a former NFL player, as an Owner. This isn’t his first tenure with Denial Esports – he was brought in as a Co-owner of the organisation in March 2017. Continue Reading By Adam Fitch

The deal includes the production of a series of episodes from ELEAGUE focusing on theRocket League Championship Series (RLCS). The show will cover both Seasons 7 and 8 of the competition, premiering later in the year on TBS. Continue Reading By Adam Fitch

“Sponsor Spotlight” is a monthly series here at Esports Insider that will highlight some of the top sponsorship or partnership stories from the previous month on ESI. The main aim of the series is to highlight some of the biggest things happening in esports, be those new non-endemic partnerships, long-term investments or extensions of major deals. Continue Reading By David Hollingsworth

Paris Saint-Germain (“PSG”) held a press conference in Jakarta, Indonesia on Friday to announce a partnership with Rex Regum Qeon (“RRQ”), an Indonesian esports organisation. Specifically, they seem to be sponsoring their Mobile Legends team, as the mobile MOBA spins up for its third season.

Yassine Jaada, Chief Gaming Officer of PSG said: “With 43 million Mobile Legends players, half of them in Indonesia, getting into this game was obvious for us. PSG is striving for the best and we are glad to make an association with leading Team RRQ. We’re going to play straight into the Mobile Legends Pro League Season 3 in Indonesia. It starts February 16th and with such quality in our team, we are looking to be the number one.” Continue Reading By Joe Wong

Sports That Matters Powered By  INTERTOPS Sign-Up | Make a Deposit | Get Bonuses September 3, 2019 Esports is more lucrative than ever, with players earning more in a single tournament than some of the most successful sports athletes earn in the most profitable sporting events. Tournament prize money is directly reflecting the exponential growth and […]

Sports That Matters Powered By June 26th, 2019 Welcome back! 1. What’s New Once free agency starts on Sunday, the Rockets are planning to recruit Jimmy Butler to push the Philadelphia 76ers for a sign-and-trade deal that would allow the All-Star forward to join James Harden and Chris Paul in Houston. Drew Brees welcomed Zion Williamson to New Orleans with a framed jersey from the quarterback on […]

Sports That Matters Powered By  INTERTOPS Sign-Up | Make a Deposit | Get Bonuses August 31, 2019 Tyler ‘Ninja’ Blevins has signed a sponsorship deal with Adidas, becoming the first professional esports gamer to sign an individual sponsorship deal. Ninja commented on his Mixer channel that “I can’t say specifically what is in the works […]