Howie Roseman, the Eagles‘ executive vice president of football operations, has never been afraid to make a trade. It might come on draft night, the middle of the off-season, just before Week 1 or even in the middle of the season. Roseman has done all of that, and more.

At any moment, with the right offer, Roseman could pounce on another opportunity to make the Eagles better, to improve their cap situation and/or to add future draft assets. So which players on the roster presently have the most trade value?

We decided to to explore the Eagles roster, player by player, to determine which players would garner the most value in a theoretical trade. By  Zack Rosenblatt

Davante Adams authored another impressive season in 2017, leading the team with 74 catches for a team-high 885 yards and 10 TDs, and was selected to his first career Pro Bowl as an injury replacement. In his fourth year as a pro, he was tied for No. 2 in the NFL in TD receptions, and he has 22 receiving TDs since 2016, No. 1 in the league over that span. He registered a TD catch in seven road games in 2017, joining Donald Driver as the only players in franchise history to accomplish that feat. Adams was tied for No. 4 in the NFL in red-zone TD catches, with seven, and posted seven-plus receptions five times on the season, a team high and a career best. Adams is the only player in the NFL with 70-plus receptions and 10-plus TD catches in both of the last two seasons. He posted 237 catches from 2014-17, the fourth most in franchise history by a player in his first four NFL seasons.

Williams was selected by the Packers with the second of two fourth-round choices in the 2017 NFL Draft (No. 134 overall), becoming the first BYU running back picked by Green Bay in team history. He played in all 16 games with seven starts, seeing time on offense and special teams. He rushed for a team-high 556 yards over the course of the season, the fourth most by a Green Bay rookie in team history, with four TDs on 153 carries. He also recorded 25 receptions for 262 yards and two TDs, the most receiving yards by a Green Bay rookie running back since 1988. He posted a rushing TD and a receiving TD each in two games, becoming the first Packers rookie in team history to accomplish that feat. After moving to the starting lineup in Week 11, he posted 672 yards from scrimmage over the next six games (No. 11 in the NFL over that span) and registered 100-plus yards from scrimmage in four of the final six games. By Justin Thompson-Gee

After hosting his pro football camp in mid-June, Ben Roethlisberger was off into the quiet summer, which he says is an inexact process as it relates to preparation for Pittsburgh Steelers training camp.

His 15th camp approaches, leaving Roethlisberger searching for a balance between rest and readiness.

“It’s a fine line I walk at this age, of resting and getting my body enough rest for the season and working out to prepare,” said Roethlisberger, 36, before retreating for some down time like the rest of his teammates. “My trainer will get me as prepared as I can be. But it is a fine line of what you can do at this age.” By Jeremy Fowler

In the late hours of July 4, 2015, at a holiday cookout in his hometown of Deerfield Beach, Fla., Giants defensive end Jason Pierre-Paul stood on a patch of sun-beaten grass, across the street from a party where more than 50 family members and friends milled about in the nearly 90º heat. Nearby, parked on the shoulder, sat a U-Haul van. Inside, a civic contribution of sorts: He had purchased $1,100 worth of fireworks, enough for the whole neighborhood to enjoy. By JASON BUCKLAND

The shadow cast by Odell Beckham is so big that even a two-time Pro Bowler can get lost underneath it.

While there is much ado over Beckham’s future with the Giants — his contract negotiations have been a cloud over the franchise for 14 months, whether it is trade discussions, attendance at voluntary spring practices or the possibility of a holdout later this month— teammate Landon Collins also is on the final year of his contract.

Neither general manager Dave Gettleman nor head coach Pat Shurmur has fielded one interview question about Collins’ future — they both have answered for Beckham’s every move (or non-move) — despite the 24-year-old Collins’ importance as the possible next great defensive leader in Giants’ history. By Ryan Dunleavy

There are 15 unsigned rookies left, and seven of them are in the top 10. The holdup for this year’s highest selections is offset language, a league source tells Mike Florio of PFT. 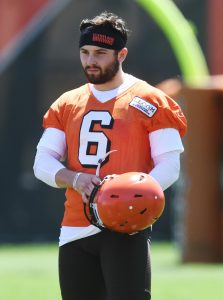 Players with offset language who are cut before the end of their rookie contract have the remaining guaranteed money reduced by whatever they earns elsewhere. Without offset language, players get to double dip.

The following top 10 players are without deals and there’s a common thread in the representation for most of them:

As Florio notes, CAA also represents No. 6 overall pick Quenton Nelson. The new Colts guard agreed to terms back in May on a deal that contains offset language, but also includes large guaranteed training-camp roster bonuses in 2019 through 2021. The presence of those bonuses effectively offsets the presence of offsets and could be a good middle ground solution for the agency’s remaining unsigned top 10 picks.

There’s no sign of real acrimony between any of these players and the teams that drafted them, but Joey Bosa‘s situation in 2016 serves as a reminder that offset language can become a real issue that can lead to a training camp holdout.

Throughout the summer, we’ve been running down some of the league’s most intriguing extension candidates. In cased you missed it, here are the players we’ve covered thus far:

The NFL is asking arbitrator Stephen Burbank to issue a summary judgement in Colin Kaepernick‘s collusion lawsuit against the league, according to Charles Robinson of Yahoo Sports. Burbank’s next move will decide the future of the case: if he accepts the NFL’s request, the case will end, but if Burbank denies the league, Kaepernick’s grievance will move forward. 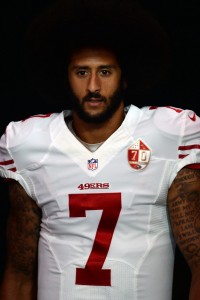 As Mike Florio of Pro Football Talk explains, the NFL is hoping to force Kaepernick to “put his cards on the table.” Kaepernick and his legal team will need to prove they have enough evidence of collusion to continue the lawsuit, meaning the former 49ers quarterback will likely deploy any and all “smoking guns” he has on hand. If Kaepernick does so, the league will then have an idea of his team’s trial plan.

Burbank’s summary judgement will be the “most pivotal moment” in Kaepernick’s case, per Robinson, as the arbitrator’s decision will decide the future of the lawsuit. However, law requires all facts to be viewed “in the most favorable light” towards Kaepernick, according to Florio, meaning he shouldn’t have a tough time forcing the case to continue.

Kaepernick, of course, has not played in the NFL since 2016, as clubs have shunned the former 30-year-old following his national anthem demonstrations. While he was scheduled to work out for the Seahawks earlier this year, the audition was eventually canceled after Kaepernick declined to stop kneeling during the anthem. By Dallas Robinson

Despite an offseason that included retirement rumors, contract frustration and trade talks, Rob Gronkowski appears to be sufficiently ready to put some of this behind him. The Patriots‘ future Hall of Fame tight end attributed his time away from the team to determining whether he could handle the rigors of a ninth season.

“I am refreshed,” Gronkowski told NFL.com’s Willie McGinest (via NBC Sports Boston). “You know after the season, long seasons, how your body can feel and everything. I just wanted to see where I was at, and see how I can get my body feeling, see if I can handle it, endure it again, and I feel like I’m super ready, man.”

Gronkowski remains without an adjusted contract, despite the sides being rumored to be close to finalizing one. Gronk has not been connected to a training camp holdout just yet, though given his injury history and actions this offseason, one can’t necessarily be ruled out. But the 29-year-old tight end is set to return for the Patriots, which will be even more important than it usually is considering Julian Edelman will miss a second straight September. By Sam Robinson

Sports That Matters August 2, 2019 Welcome back! Football was on TV, yes fall is almost here! NATIONAL FOOTBALL LEAGUE NEWS Hours after visiting a hospital because of a kidney stone, Vic Fangio won a football game. Yes, it was an exhibition game the real first test comes Sept. 9 at Oakland. Still, Fangio served […]

Raiders Hold Off Bears For Win In London, England 24-21

Sports That Matters Powered By  INTERTOPS Sign-Up | Make a Deposit | Get Bonuses October 6, 2019 Sunday was Raiders’ third game in London and the third time was apparently the charm. They came out with an improbable 24-21 win over the Bears. Winners Jon Gruden There isn’t a happier person on the planet than Jon Gruden […]